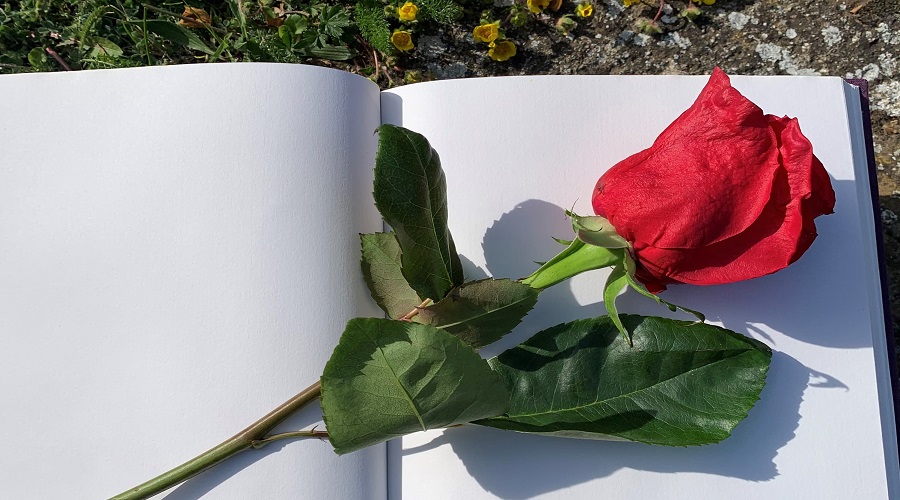 After having missed the celebration of the World Book’s Day in 2020 due to the lockdowns, the streets of Barcelona (and other places around Catalonia) were full of books again. It was not like it used to be, but according to the Catalan Booksellers Guild, over a million copies of books were sold in less than 24 hours (around 75% of the total sales of Sant Jordi in 2019). Thanks to a good organization, many authors represented by the Pontas Agency could also sign their works to their readers and fans, who did long queues and followed the strict safety rules. This special year 2021 was the first Sant Jordi in the times of the pandemic, the sun shone to the relief of publishers and booksellers, and we’ll remember it forever. A total celebration once again, and a bit more! 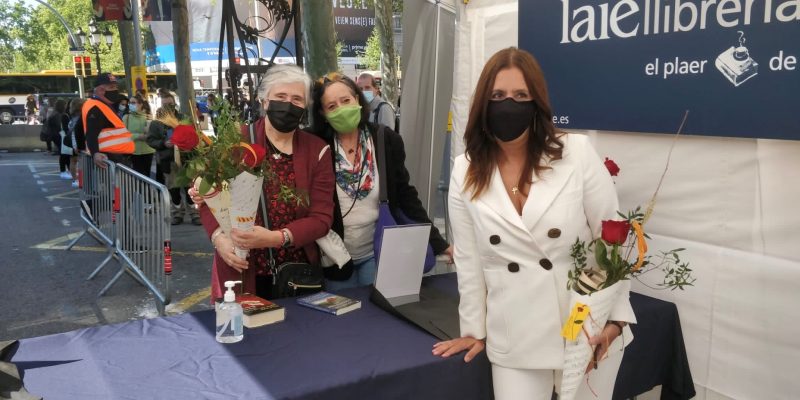 In the photos here above, Dolores Redondo was back to the signatures’ experience after more than a year and most of her readers came with several titles for her to sign. Although she recently relaunched her very first novel, Los privilegios del ángel, published back in 2009, that has been an instant bestseller. 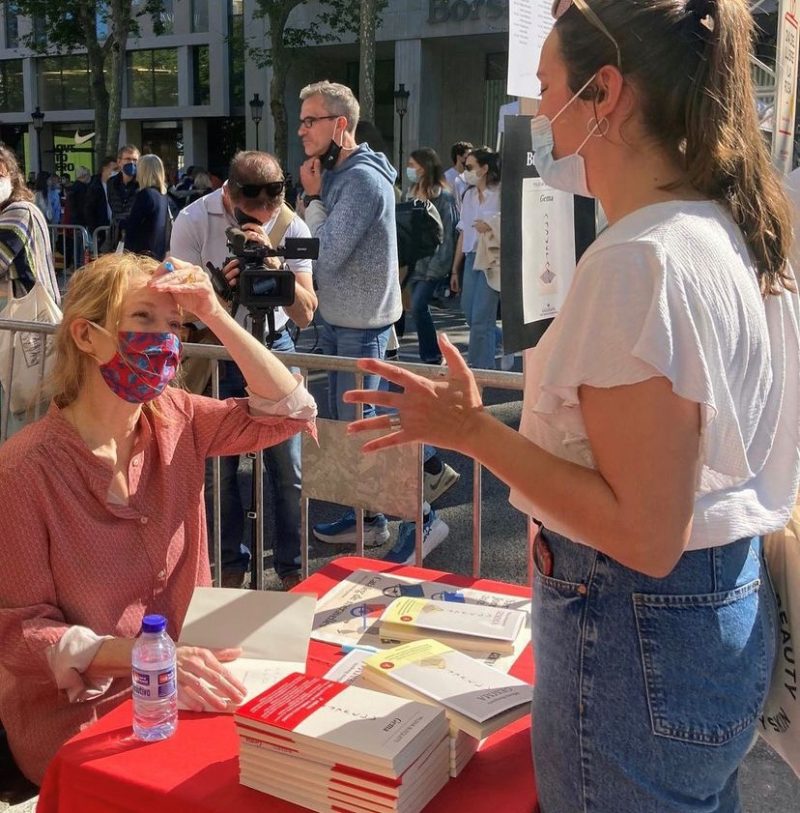 Milena Busquets signed her most awaited latest novel, Gema, both in its original Spanish language and translated into Catalan. To be published also in French by Gallimard and Dutch by Meulenhoff in May (and later on into other languages too). 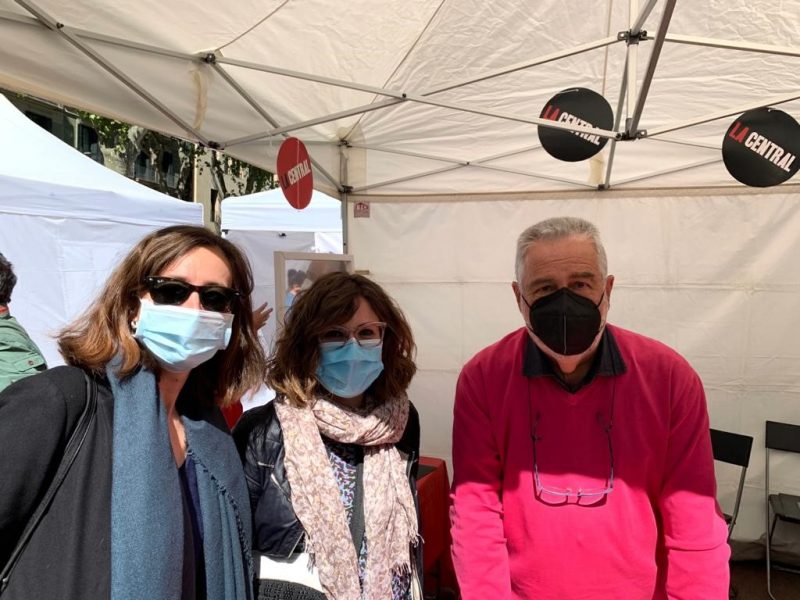 Rafel Nadal, who was the most sold author in Catalan in Sant Jordi 2019 with his novel El fill de l’italià, had the pleasure to meet his readers again. In the photo, with Anna Soler-Pont and Maria Cardona. 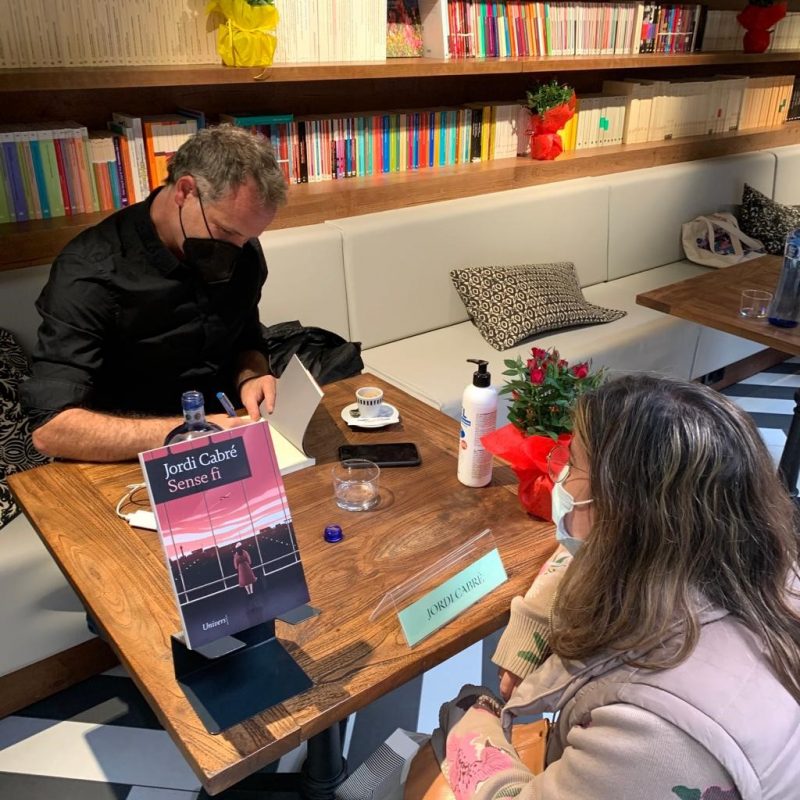 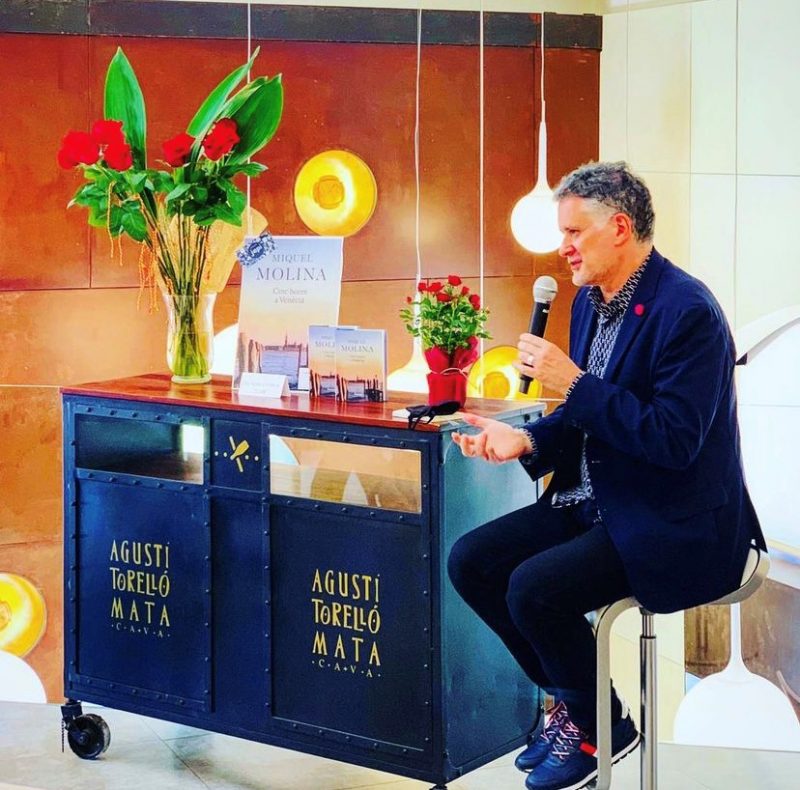 Miquel Molina was busy signing both in Barcelona and later on in a wine cellar (taking part of a great initiative of cellars opening their beautiful spaces to literature). The Sant Jordi’s Day is also the day for roses, that were everywhere!