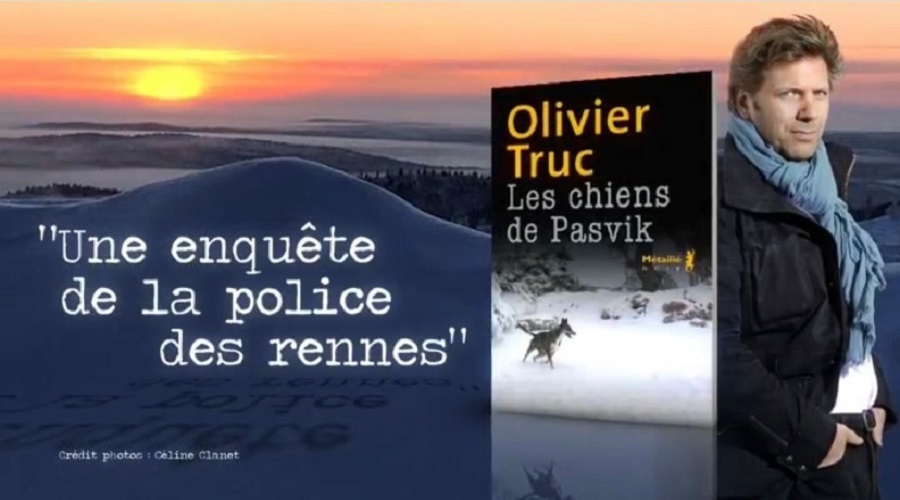 After the huge success in its original French language of Le dernier lapon, Le détroit du Loup and La montagne rouge, at the Pontas Agency we're glad to spread the word that Olivier Truc returns to the land of the Sami with his new novel: Les chiens de Pasvik, published in March 2021 by Éditions Métailié. Italian translation rights have already been acquired by Marsilio. Olivier also returns to the Reindeer Police with an eerie crime novel that explores the historical tensions of the Norwegian border with Russia.

The story follows Piera Kyrö, a reindeer herder in the Norwegian Pasvik Valley. He is a Norwegian Sami whose family comes from Russia and grew up with nostalgia for the lost pastures on the Russian side during the Soviet era and nostalgia for his grandmother, the mysterious Ida.
In the still days of winter, Piera is facing a diplomatic incident when several of his reindeers cross the border, twice in a short period of time, perhaps pushed by Russian stray dogs. These reindeer must therefore be found before they suffer the fate of the first ones, found dead with their tongues cut, a clear sign of trafficking.

This is also a case which Inspector Klemet Nango, a policeman from the Reindeer Police who struggles as much as he can with his Sami identity, will investigate, together with Nina Nansen of the Border Police. But nothing will go as planned. Because these Norwegian reindeer and these old Russian pastures suddenly seem to interest a lot of people. The investigation will reopen old wounds in this area where the borders have dispersed the Sami people, where the land is still bleeding from the wounds of war.

"Olivier Truc has moved a thousand miles away from being a journalist, upping his writing game with complex and moving characters and crafting fantastic and beautiful novels." Elise Lépine, LIVRES HEBDO

In the photos above, the three covers of the first previous novels by Olivier Truc set in the Sami land, although the new one, Les chiens de Pasvik, could be read as a stand alone novel. And the author with his publisher Anne-Marie Métailié.

All translation rights besides Italian and audiovisual rights are available.