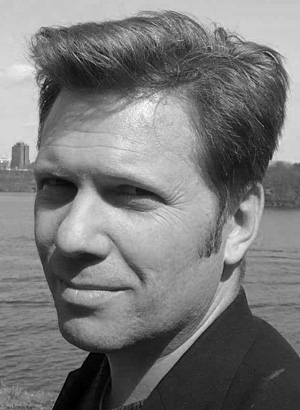 Based in Stockholm since 1994, Olivier Truc is a writer, journalist, TV documentary director and scriptwriter. He has been the Nordic and Baltic regional correspondent for Le Monde. He also produces television documentaries. In 2021 he produced a 52-minute-long documentary about China in the Arctic. Olivier has also written several short stories, non-fiction books, including L’Imposteur (2006, Calmann-Lévy), Dykaren som exploderade (2008, Norstedts), L’affaire Nobel (2019, Grasset) based on personal stories, in-depth portraits and interviews. His first novel was published in French by Métailié in September 2012. Forty Days Without Shadow is a thriller steeped in Sami and Nordic culture, figuring two officers in the local Reindeer Police. This novel has won 25 awards and has been translated into more than 20 languages. He has written three other crime novels in the same series and a historical novel, The Cartographer of the Boreal Indies. Olivier also writes comic book strips and develops TV series scripts.