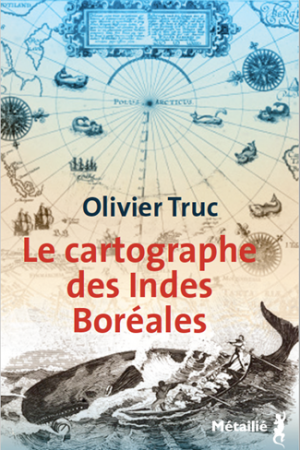 The Cartographer of the Boreal Indies

Stockholm, 1628: during the wreck of the Vasa, a man dies under suspicious circumstances. Straight afterwards, Izko Detcheverry is present at the birth of a child – a child destined to transform Izko’s fortunes and those of an oppressed people.

Like any young Basque, Izko dreams of whaling in the icy waters of the world´s farthest reaches, following in the footsteps of his father, a legendary harpooner. But a mysterious force will lead Izko to another destiny, in the service of God and King.

Moving from austere Stockholm to the vast, enchanted North; from the mythical fortress of Sagres to the taverns of Gothenburg; from bustling Amsterdam to the cursed city of Piteå, Izko will become, over decades, the cartographer of the Boreal Indies, observer and player in the colonization of Lapland by fanatical clerics. But they are opposed by a dangerous native clan – and if Catholics and Lapps join forces, Stockholm could fall…

A struggle ensues, which will carry Izko to the magical limits of the tundra in the footsteps of those who preceded him. Along the way, he faces mental and physical challenges, including the beautiful Anna, his parents' secret – and in the end, himself.

Longlisted for the Historical Novel Prize 2019