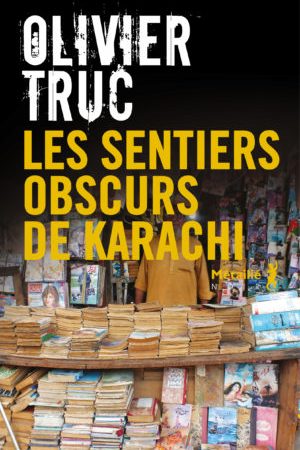 The Dark Paths of Karachi

It's Spring 2022. In a few weeks, Cherbourg (France) will commemorate the 20th anniversary of the Karachi (Pakistan) attacks which killed 14 people on May 8, 2002, including 11 French technicians who were there to build submarines for the Pakistan Navy.

Jef Kerral, a young French journalist who works at a small local newspaper but dreams of big stories, is friends with one of the survivors, Marc Dacian. Dacian, injured during the attack, has never accepted that the truth about the attack has never surfaced, and only one former officer of the Pakistani Navy, Shaheen Ghazali, seems to be concerned about it.

As the ceremony approaches, Marc Dacian worries about Ghazali's silence.

Kerral, who harbors a deep admiration for Marc Dacian, goes to Karachi to try to chronicle the mysterious friendship that binds Dacian to this former Pakistani officer. He gets help from Lieutenant Sara Zafar, a young, beautiful and witty Pakistani Navy officer, close to Shaheen Ghazali, who has conducted her own investigation into the role of the Pakistani secret services in the attack but who goes unnoticed.

The Pakistani secret services, through Pervez Mansur, aka "The Man with Raven Eyes", are always present to monitor everything related to this twenty-year-old attack. What secrets are they protecting? And what secrets will Jef Kerral and Sara Zafar uncover? Not only about the attack, but also about Shaheen Ghazali…

“When it comes to twists, Olivier Truc excels.” Livres Hebdo

"Olivier Truc re-examines the real-life ‘Karachi Affair’ in a fascinating and moving fictional account. The novelist takes up the narrative where the journalistic investigation leaves off, filling in the blanks, delving into the silence, embodying the pain, and giving a voice to the victims.” Télérama