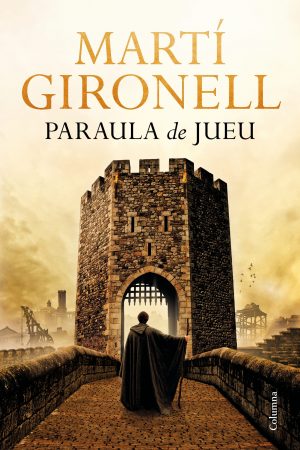 Word of a Jew

The Bridge of the Jews was, more than ten years ago, an unprecedented literary event. More than 100,000 copies have been sold, making it one of the recent best-selling historical novels in the Catalan language. Now, Martí Gironell comes back to his beloved characters and in Word of a Jew, he offers us the sequel that thousands of readers have been longing for.

A story that revolves around three axes: the reconstruction of the bridge, the rivalry between the Jewish and Christian communities, and the importance of the book and the word in Jewish culture. The master builder Pere Baró was commissioned by the royal town of Besalú to rebuild the bridge which was built by Prim Llombard three hundred years earlier. A flood had destroyed it and jeopardized the city's expansion and commercial position. A young Jew named Kim, a descendant of the Lombards, finds a way to take part in the reconstruction, which will be stopped for reasons that will lead him to investigate.

A medieval and vital adventure of Kim and Ester, a Christian girl who works between the Hospital de l’Almoina in Barcelona and the Jewish Quarter. Through them, we will see how Jews and Christians live their complex reality as we immerse ourselves in the customs of the fourteenth century. The power of words, the strength of convictions, love and respect as basic foundations upon which to build a bridge of understanding between the two religions. An endeavour that will not be easy, as they discover people on both sides who are willing to prevent it.