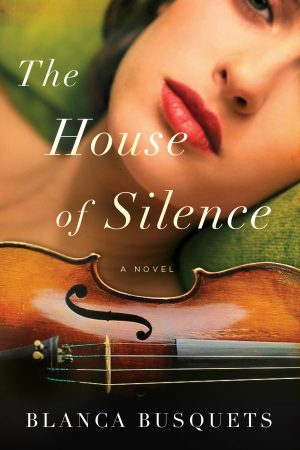 The House of Silence

A violin lost and found is the thread that winds through this tightly-crafted, suspenseful story of love across class lines. This engaging novel is told in alternating voices, revealing the perspectives and true motivations of three women and one man, bound together by music and their relationship with a charismatic orchestra director who emigrated to Barcelona from behind the Iron Curtain.

Set between Germany and Spain throughout the 20th century, this romantic page-turner keeps readers guessing until the final revelation, a love letter to seek beyond the grave.

«Combining elements of the folk tale, mystery, and romance, Busquets’ novel is bound to please readers with its new take on Old World charm—and the secrets we keep even from ourselves.» Kirkus Reviews

«With one violin, Blanca Busquets has written the score for four lives in her transfixing novel The House of Silence. What a magnificent gift to have the one of the leading writers in Catalan literature finally available for English readers.» Idra Novey, author of Ways To Disappear

«In The House of Silence Blanca Busquets submerges the reader into the world of classical music and into the musical history of Europe throughout the 20th century. The title of the novel is inspired in the Barcelonese mansion where the Maria, the maid, lives with Karl, the German musician living in exile.» ABC

«An intense story. Unforgettable characters. A great author. A coral novel set in Barcelona and Berlin where an intense story makes its way through grand theatres, extraordinary orchestra directors and violinists – as if it was a concert.» El Periodista Digital

«In front of a packed room, Villatoro said that the novel was a piece of jewelry “a novel about women, where gentlemen are the violin. Even though I don’t like books with music in them, this analysis of society is perfect.» Tendències El Mundo

«Set between the post-war (Spanish Civil War) and the present Barcelona, and between East Berlin and Berlin during the fall of the wall, besides the musical love affair there are other passions, other love affairs – platonic, possessive, physical, motherly… —all of them watched over a statue of Beethoven which presides the house of silence.» El Periódico