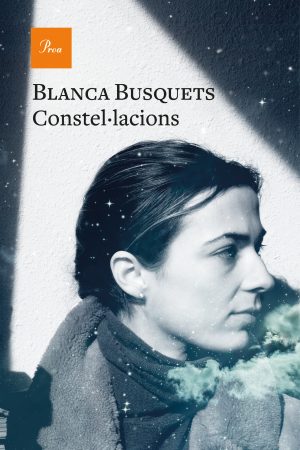 Blanca Busquets has written her best novel to date: kaleidoscopic, intimate, haunting and surprising. A family saga with echoes of authors like Anne Tyler and Care Santos, with characters and stories so well drawn that they will stay in the minds of readers for a long time.

To celebrate the grandfather's 100 years birthday, four generations meet in the family home in which everything that has not been said in decades will come to light over the weekend. Cinto has taught the stars and constellations to the whole family. Carlos taught them to him during the Civil War, when they lived the Segre battle on the front line. When Cinto returned home, Gracieta was waiting for him, but she was the bastard daughter of the richest man in town and a Cuban woman and although he loved her dearly he was forbidden to marry her. Throughout his adult life, he was a happy man married to Marianna, but all love stories leave a trace and this one was no exception.

His son Quim studied Engineering and, although he was destined to continue with the family business, he fell in love with Irma and followed her to her village in the Basque Country, working in the textile factory of his father-in-law Esteban Basterretxea. However, his unexpected death made him the factory 's director until threats and extortion by ETA forced him to disappear in silence, taking his family to his native family home, in Collserola, on the outskirts of Barcelona where he started his own publishing house.

His son Ramón could not forget Aitor, his childhood friend, whose sister suddenly appears at his door when he is a university student, asking for shelter. Covering it up will have direct repercussions throughout his whole life. Meanwhile, his sister Paula, will marry a writer published by her father whose airs of greatness will take away her will to live, but with whom she will have a son, Nil. And then there is Irma, the hand that supports everything, the eyes that see everything, to whom Cinto has not had to teach the constellations and the stars because she shines with her own light.