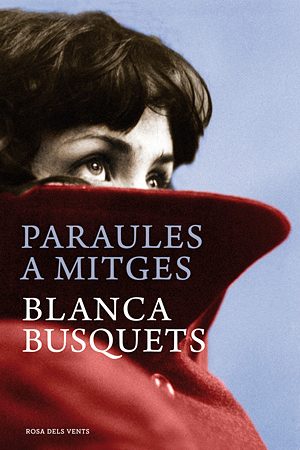 What unspeakable family secret took place on the night of February 23rd 1981, on the same day as the attempted coup d’état in Spain. Three decades later, Annabel, Albert and Nina gather around their widowed father’s deathbed before he takes the secret to his grave. The reader slowly learns the whole truth as events are remembered: the family’s humble origins in a small town in central Catalonia. Annabel’s decision to leave Barcelona to become a teacher and her frustrated affair with a French lover. Albert’s choice to stay close to home, yet remain secretive about his sentimental life. Nina’s option to live as a nun… there is always another side to the story that no one else knows about.

Told by four different but sincere and realistic voices, two female and two male, Half Spoken Words holds the reader ‘s breath from the first page to the last. It explores feelings like few novels do, and is written in beautiful, captivating prose.

“What a joy to read such a good novel! It did not disappoint me in any way. I love Blanca’s style and the way that she weaves in so many different stories, both in the past and in the present.” Lena Shäffer, editor, Bastei-Lübbe

“Blanca’s women stay in your head, and even in your heart. In Half Spoken Words we find, again, strong, enigmatic women, with secrets hidden and to be hidden.” Núvol

“Don’t stop writing, Blanca. We need someone that explains us the world with full, courageous and well-chosen words. The noise of so many half spoken words makes us forget too many essential things.” Núvol