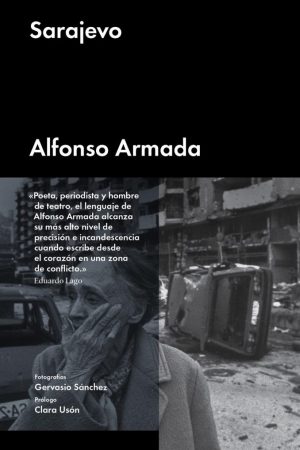 In our collective imagination, Sarajevo is a name related to siege, survival, horror. In the context of the war in Bosnia in the early 90s, the city became a net of crossed bullets, cultural projects, hopeless fate and hopeful gestures. Just like Susan Sontag or Juan Goytisolo, Alfonso Armada was there and he tells us about it. Using a precise and lyric and prose, he writes, mixing notes with opinion columns, the complexity of the conflict that decided the fate of Europe in the 21st century.

The prologue is by Clara Usón, author of The daughter from the East, an essential novel on this topic, and pictures are by the prestigious photographer and Armadas’ travel companion Gervasio Sánchez.