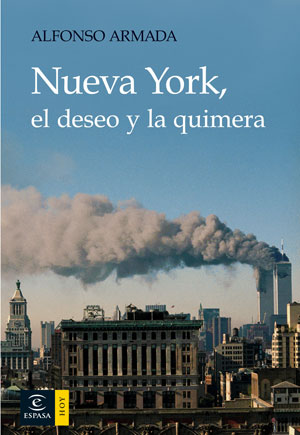 Based in Manhattan for seven years as a correspondent for the Spanish newspaper ABC, the author describes the two sides of the city through its recent history: the ‘real’ New York, where eight million people live and go to work every day, and the “myth”, such as the city that is projected through cinema and television. Above all, he explains how the nature of the city is metamorphosis itself.

New York is the paradigm of the city, and despite the hatred it has inspired in some people, it also harbours the realistic ‘american dream’, but also the smoke behind the curtain – which are probably the keys to its mystery and attraction.

The author also argues that intimate memories and the heat of the city itself come together and become one, such as Alfred Kazin said “the more inaccessible and massive an urban fortress becomes, the more imaginative its interior spaces are.”