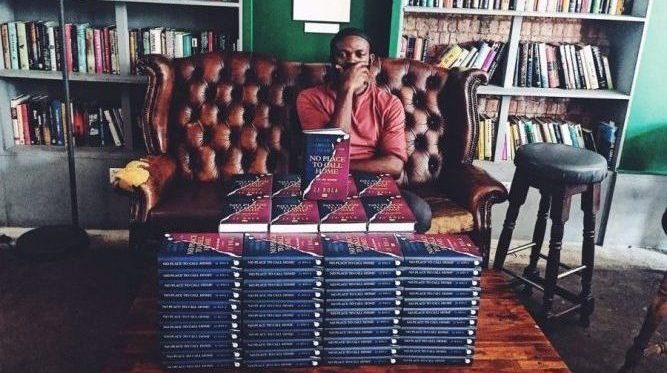 We are incredibly excited to announce that The Selfless Act of Breathing, the new novel by London-based poet, writer and UNCHR Ambassador JJ Bola has been optioned for film and TV by a Los Angeles-based film production company with an award-winning studio financing the project. More details to be announced as soon as possible! The Selfless Act of Breathing will be published in the UK & Commonwealth by Sharmaine Lovegrove at Dialogue Books/Little, Brown in September 2021 and in the US and Canada by Michelle Herrera Mulligan at Atria/Simon & Schuster in October 2021. JJ Bola has penned a heart-wrenching and raw novel, tackling important issues such as mental health, police brutality and the power of love from his own unique perspective. Moonlight meets Eternal Sunshine of the Spotless Mind.

His debut novel, No Place to Call Home, was first published in the UK by Own It in 2017, and by Skyhorse in 2018 in North America. French translation rights have been acquired by Mercure/Gallimard recently. As a former refugee, JJ Bola was invited to the Davos Economic Forum 2018 and held a discussion with Cate Blanchett.

Mask Off: Masculinity Redefined is JJ’s non-fiction debut, in the UK by Pluto Pres in 2019, sold into five more languages worldwide, and it’s currently in the bestselling lists in Germany published by Hanserblau. In the book, he exposes masculinity as a performance that men are socially conditioned into. Using examples of non-Western cultural traditions, music and sport, he shines light on historical narratives around manhood, debunking popular myths along the way. He explores how LGBTQ men, men of colour, and male refugees experience masculinity in diverse ways, revealing its fluidity, how it’s strengthened and weakened by different political contexts, such as the patriarchy or the far-right, and perceived differently by those around them. At the heart of love and sex, the political stage, competitive sports, gang culture, and mental health issues, lies masculinity: Mask Off is an urgent call to unravel masculinity and redefine it.