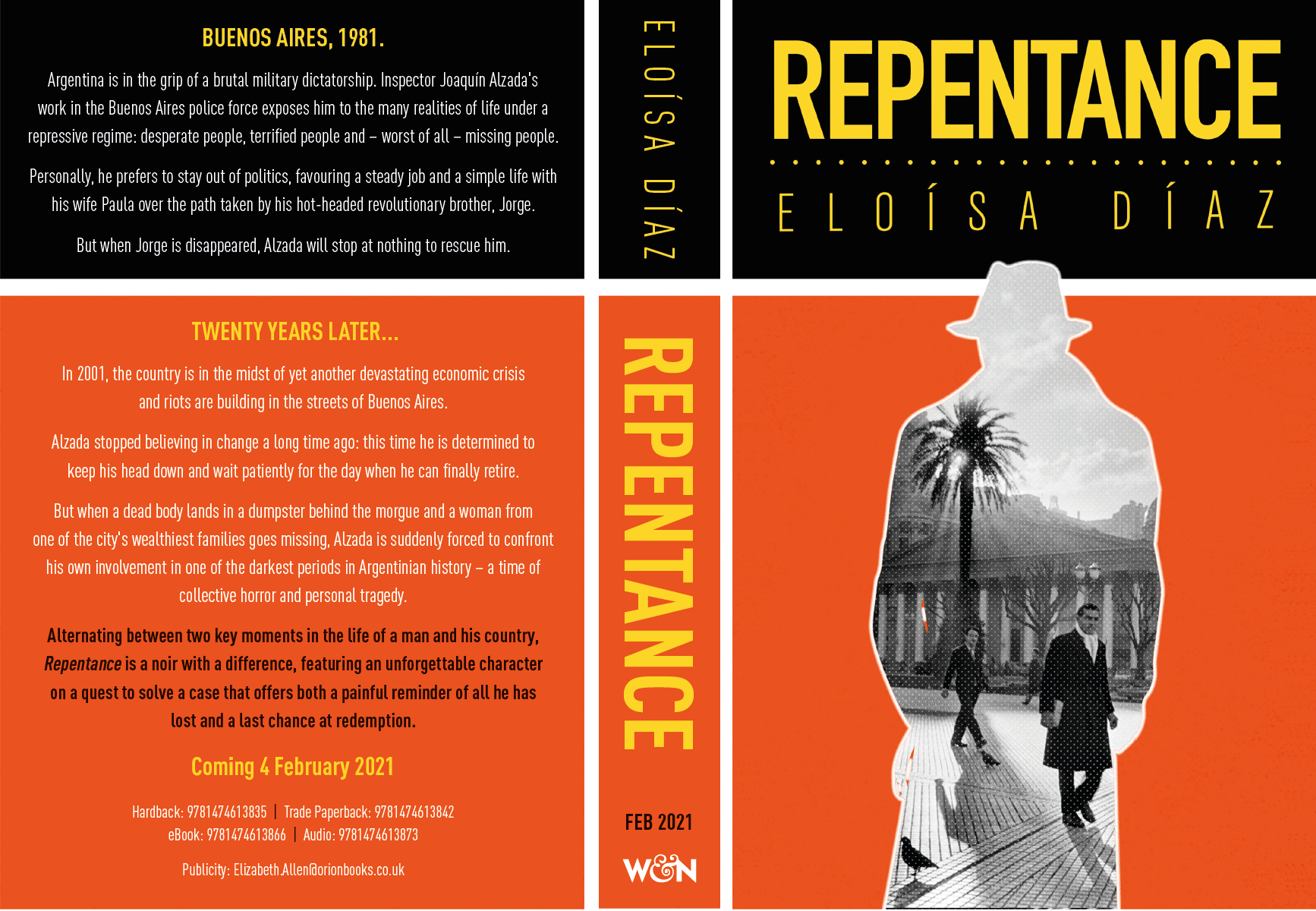 Eloísa Díaz' debut novel Repentance will be coming out in the UK in February 2021, published by Weidenfeld & Nicholson. Throughout 2021 it will be also coming out in Spanish (Seix Barral/Planeta), German (HoCa), French (Le Masque) and Italian (Piemme).

Eloísa Díaz is an exciting new voice in noir fiction. Born in Madrid, Eloísa Díaz is a writer and lawyer. She studied Law at Pantheon-Sorbonne University in Paris, then completed her MFA in Creative Writing from Columbia University in New York where her main character Alzada was born. Eloísa Díaz also wrote her debut novel in English.

Argentina is in the grip of a brutal military dictatorship. Inspector Joaquín Alzada’s work in the Buenos Aires police force exposes him to the many realities of life under a repressive regime: desperate people, terrified people and – worst of all – missing people. Personally, he prefers to stay out of politics, favouring a steady job and a simple life with his wife Paula over the path taken by his hot-headed revolutionary brother, Jorge. But when Jorge is disappeared, Alzada will stop at nothing to rescue him.

In 2001, the country is in the midst of yet another devastating economic crisis and riots are building in the streets of Buenos Aires. Alzada stopped believing in change a long time ago: this time he is determined to keep his head down and wait patiently for the day when he can finally retire. But when a dead body lands in a dumpster behind the morgue and a woman from one of the city’s wealthiest families goes missing, Alzada is suddenly forced to confront his own involvement in one of the darkest periods in Argentinian history – a time of collective horror and personal tragedy.

Alternating between two key moments in the life of a man and his country, Repentance is a noir with a difference, featuring an unforgettable character on a quest to solve a case that offers both a painful reminder of all he has lost and a last chance at redemption.