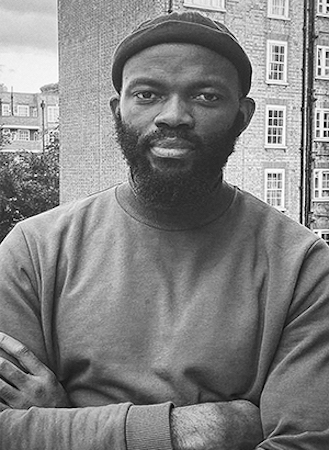 JJ Bola is an established writer, poet and UNHCR Ambassador. His three poetry collections – Elevate (2012), Daughter of the Sun (2014), and WORD (2015) – were all published in one definitive collection called Refuge (2018), which was read out in the British House of Commons during Refugee week in 2018. He was one of Spread the Word’s Flight Associates 2017 and a Kit de Waal Scholar for the Birkbeck University MA in Creative Writing. As a former refugee, JJ Bola was invited to the Davos Economic Forum 2018 and held a discussion with Cate Blanchett. His debut novel, No Place to Call Home, was first published in the UK in 2017, and in 2018 in North America. His non-fiction book Mask Off: Masculinity Redefined, which exposes masculinity as a socially conditioned performance, was published in the UK in 2019 and sold into five more languages worldwide. The Selfless Act of Breathing is his second novel and it was published in 2021 in the UK and in 2022 in the US. Translation rights have been sold into 6 languages so far. JJ speaks and performs both internationally and within the UK.