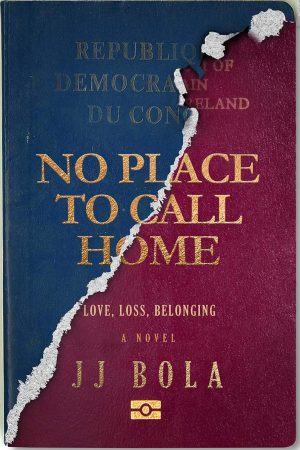 No Place To Call Home

Jean starts at a new school and struggles to fit in. He develops an unlikely friendship with rowdy class mate James, who gets him into a string of sticky situations; fights, theft, and more. At home, his parents, Mami and Papa, who fled political violence in Congo under the dictatorial regime of Le Marechal, to seek asylum as refugees – which Jean and his star-student little sister, Marie, have no knowledge of – pressure him to focus on school and sort his act out.

As the family attempts to integrate and navigate modern British society, as well as hold on to their roots and culture, they meet Tonton, a sapeur, womaniser, alcohol-loving, party enthusiast, who, much to Papa’s dislike, after losing his job, moves in with them. Tonton introduces the family – via his church where colourful characters such as Pastor Kaddi, Patricia and Nadege congregate – to a familiar community of fellow country-people, making them feel slightly less alone. They begin to settle, but the reality of their situation unravels a threat to their future, whilst the fear of uncertainty remains.

With colourful characters and luminous prose, No Place To Call Home is a tale of belonging, identity and immigration, of hope and hopelessness, of loss – not by death, but by distance – and, by no means the least, of love.