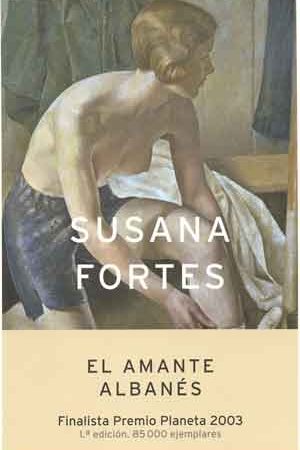 One should be able to distance oneself from love which overwhelms with unjust emotions, or wait for answers for the rest of one’s life. Nobody, however is capable of renouncing love without destroying something of themselves. A woman with an extraordinary power of seduction unknowingly provokes a prohibited love and a passion which develops into a means of settling the debts of the past.

The Albanian Affairs is a circular story about the power of strong emotions and the blind torment of desire. Set in an Eastern city of certain legend, brothers Ishmail and Viktor Radjik live with their father – a former Communist Party leader – in an old villa in the capital, whose rooms emanate mystery. The arrival of Helena, an impressionable young woman, evokes ghosts of the past whose significance, like all passion is impossible to determine. The constant presence of such doubt creates anxiety for the protagonists, but the story begins when the silence of the characters is broken by a shot at daybreak. Tension increases and increases, line by line, through the confessions of the Hungarian nanny who believes that "…no secret should last eternally. It should be revealed at least once, even for a brief time. Sooner or later."

The reviews in the Spanish press welcomed this novel with great praise, describing it as a deeply moving novel which brilliantly combines two narrative styles, that one of the psichological novels and of the intrigue genere. (El Mundoliterary suplement). In general, all the critics have highlighted the mastery of the suspense thoughout the whole book and the autenticity of the characters described in it. The novel was among the Top 10 best-selling fiction books in Spain for a long time and became one of the 'hot books' of that Christmas season.