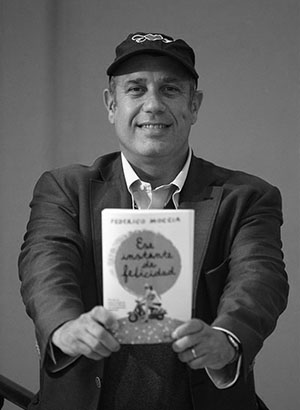 Federico Moccia is an Italian writer, screenwriter and film director, and one of the most amazing publishing phenomena in countries such as Italy and Spain. His novels have had a similar impact on young audiences as those of John Green or Cecelia Ahern. Rome already has the “Moccia route”, where the sentences of his books are written on the walls of the city. And, like the protagonists of his novels, thousands of young Italians (and readers from other countries) seal their love with a padlock on the Ponte Milvio.