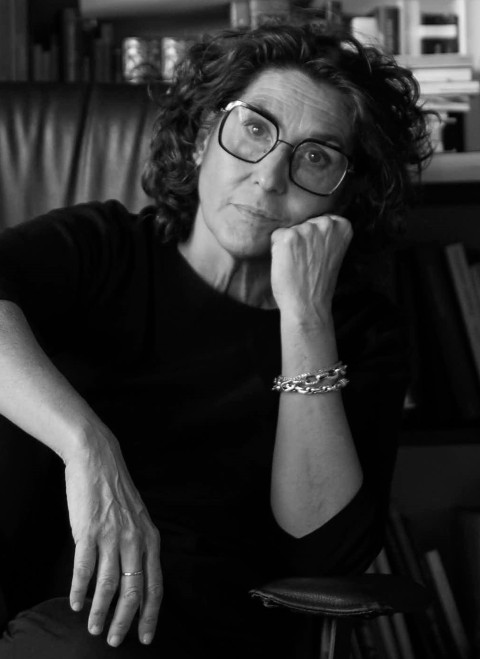 Elvira Mínguez (Valladolid, 1965) is a Spanish actress, screenwriter and author. She started acting in 1994, playing Lourdes in the film Días Contados, a performance which earned her first Goya (Spanish Film Academy) Award nomination for Best Supporting Actress. She has won awards like the Golden Egret at the Miami Hispanic Film Festival in 1999, the Silver Biznaga at the Málaga Film Festival twice, and the Goya Award for Best Supporting Actress in 2006 for the film Tapas. However, she is also known for her role as Flora in the three films adapting Dolores Redondo’s Baztan Trilogy (now on Netflix worldwide as The Invisible Guardian, Legacy of the Bones and Offer to the Storm). In international cinema, she has been directed by John Malkovich, Steven Soderbergh, Paul McGuigan or Asghar Farhadi, among others. She regularly collaborates with many Spanish media outlets and the School of Screenwriting in Madrid. Earth’s Shadow is her debut novel and she has written the feature film screenplay adapting her own novel.