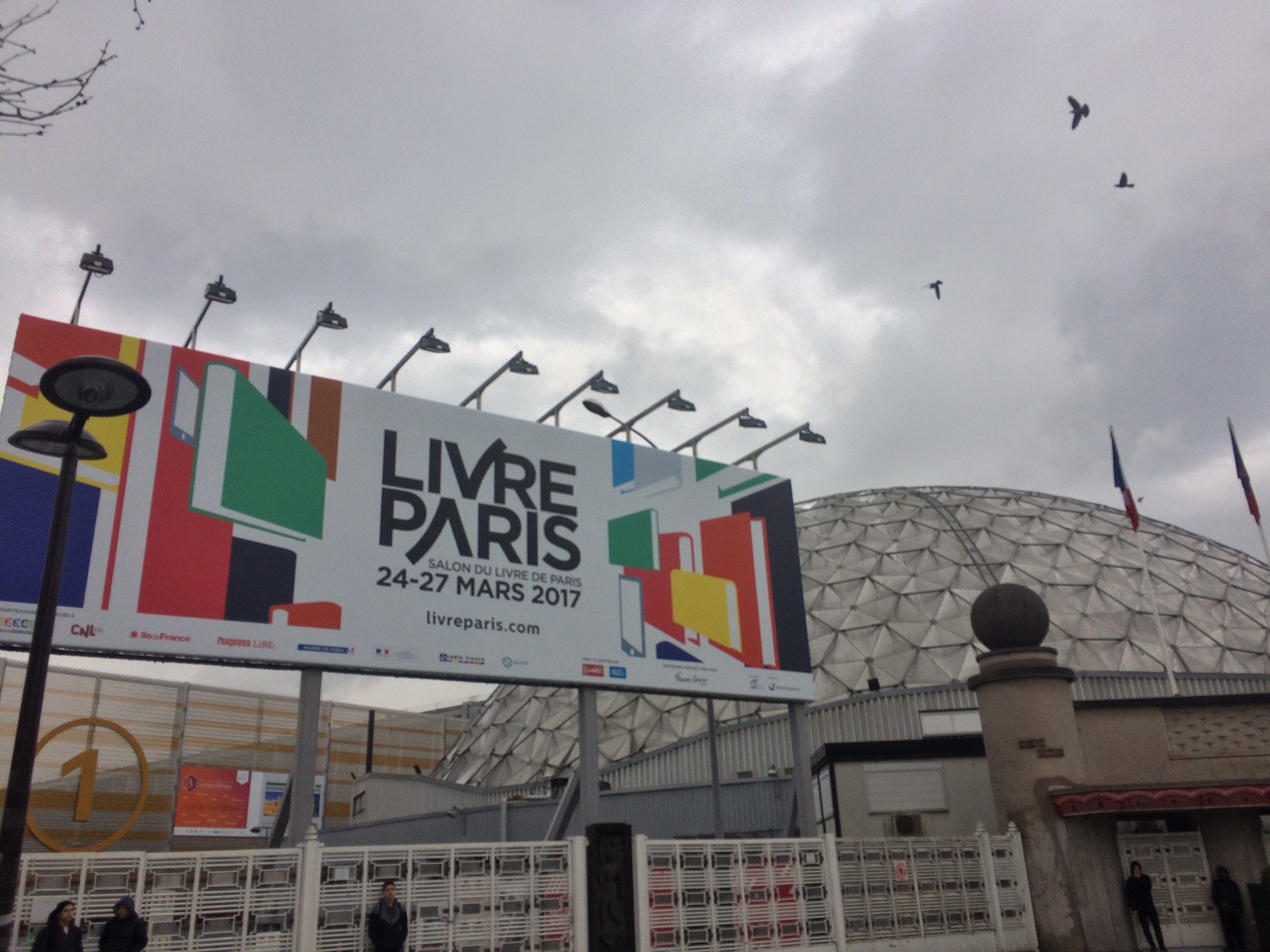 The Salon du Livre de Paris 2017 took place at the Porte de Versailles in Paris from March 24-27 and Marc de Gouvenain and Leticia Vila-Sanjuán were the ones attending this year on behalf of the Pontas Agency. There, they were able to meet with authors, publishers and scouts, both at their offices in the center of Paris and at the stands in the Salon.

Among others, they went to the offices of Christian Bourgois Éditeur, who will soon publish The Distance That Sets Us Apart by Peruvian author Renato Cisneros, and who will also publish The Defenses by Gabi Martínez. They also visited the editors of Gallimard and Folio at their famous office in Paris and who are the French publishers of This Too Shall Pass by Milena Busquets and of Dolores Redondo’s The Baztán Trilogy.

At the Salon they met many French editors, such as Anne-Marie Métailié at Éditions Metailié (publisher of Olivier Truc and Fiston Mwanza Mujila), Frédérique Polet at Presses de la Cité (who will be soon publishing in France Gala-Dalí by Carmen Domingo), Valérie Kraak-Miguel at Fleuve (who will publish All This I Will Give You by Dolores Redondo, and who is also the French publisher of Mainak Dhar), the team from Le Castor Astral (who recently acquired French rights to Kirmen Uribe’s The Hour of Waking Together) and Glenn Tavennec from Robert Laffont (editor of The Kouplan Series by Sara Lövestam’s  in France).

The Salon was a great opportunity to discuss publication plans and launches in French of the authors represented by Pontas, as well as being a great opportunity to pitch many of our new titles and projects that are still free in the French market —that still remains one of the most important and most active publishing industries in Europe.

It was also a lovely chance to meet with some of the Pontas authors who are based in France, such as Christophe Carlier, who was at the Éditions Phébus stand signing his latest novel, With My Worst Regards; and Luce Michel, whose Lola & Friends Series will be published by Pygmalion/Flammarion in 2018.