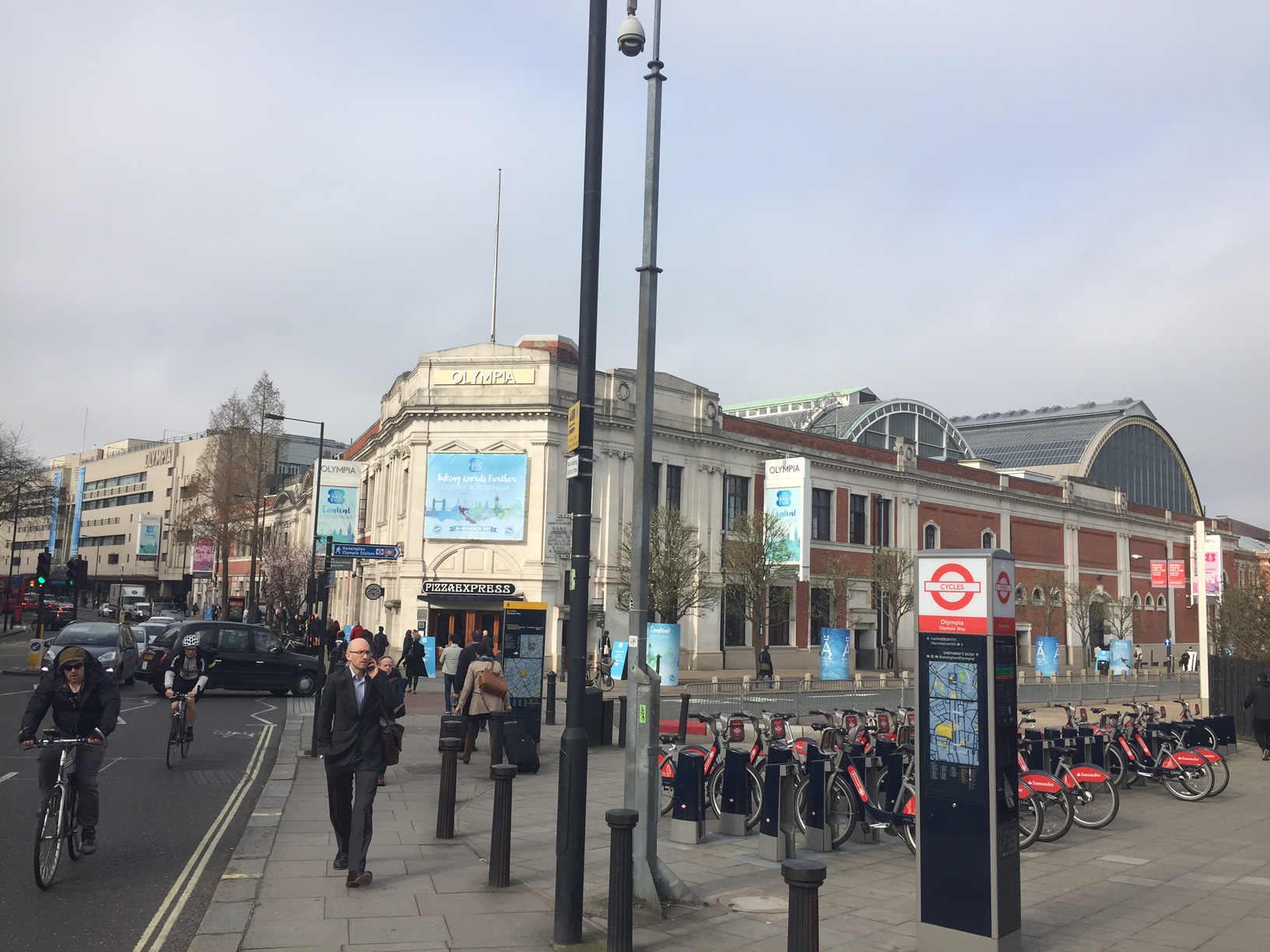 The London Book Fair in 2017 took place from the 14th to the 16th of March and Anna Soler-Pont, Marina Penalva, Maria Cardona and Leticia Vila-Sanjuán attended the fair on behalf of the Pontas Agency and met with editors, scouts and film producers from all over the world, as well as as meeting some London-based editors at their offices, and helding lunches, teas and dinners outside the fair grounds.

Being in London also gave us the opportunity to meet some of the Pontas authors living in the city: Winnie Li, JJ Bola, Malu Halasa, Jill Scott Johnson, Saskia Vögel and Ndéla Faye. Below left, Winnie Li with her Dutch editor Lisanne Mathijssen at HarperCollins Holland; and right, the Pontas team with JJ Bola:

Colombian author Melba Escobar, represented by Pontas, became one of the surprise literary sensations of the fair, with her novel La casa de la belleza (The Beauty House) being acquired by fantastic publishers, with more than 10 translation deals concluded so far, and counting. It announces Melba Escobar as a fresh new exciting voice in contemporary Latin American literature, with a novel that is literary yet plot-driven, with a wide international appeal.

In the picture below (left), Francesca Varotto (Marsilio Editore, acquired Italian rights), Koukla Maclehose (scout) and Dana Burlac (at Denoël, acquired French rights) sharing their passion for Melba Escobar. In the picture on the right, Josh Kendall at Mulholland Books and Maria Cardona, discussing the succesful publication of Kill The Next One by Federico Axat in the United States.

Olympia was a busy place during three days, with countless of meetings being held around the tables, corridors, stairs and lifts to pitch novels by all the authors represented by the Pontas Agency.

The London Book Fair was also the place to meet editors who have already acquired novels. Below (left), Francine Toon at Sceptre, ready to publish Evening Primrose (aka Period Pain) by Kopano Matlwa in July 2017. On the right, Regina Kammerer at btb Verlag, the publisher of All This I Will Give You by Dolores Redondo in Germany, with Gunilla Sondell from Norstedts, the editor of Dark Chapter by Winnie Li in Sweden.

Last but not least, Nermin Mollaoglu at Kalem Agency won the LBF International Excellence Awards in the category of Literary Agency. Below, the three agents who made it onto the shortlist: Pierre Astier, Anna Soler-Pont and Nermin Mollaoglu. And Ian McEwan (in the picture) introduced the Lifetime Achievement Award given to Brazilian publisher Luis Schwarz, cofounder of Companhia das Letras, a publishing house that has brought to Brazilian readers several authors represented by Pontas (such as Milena Busquets).