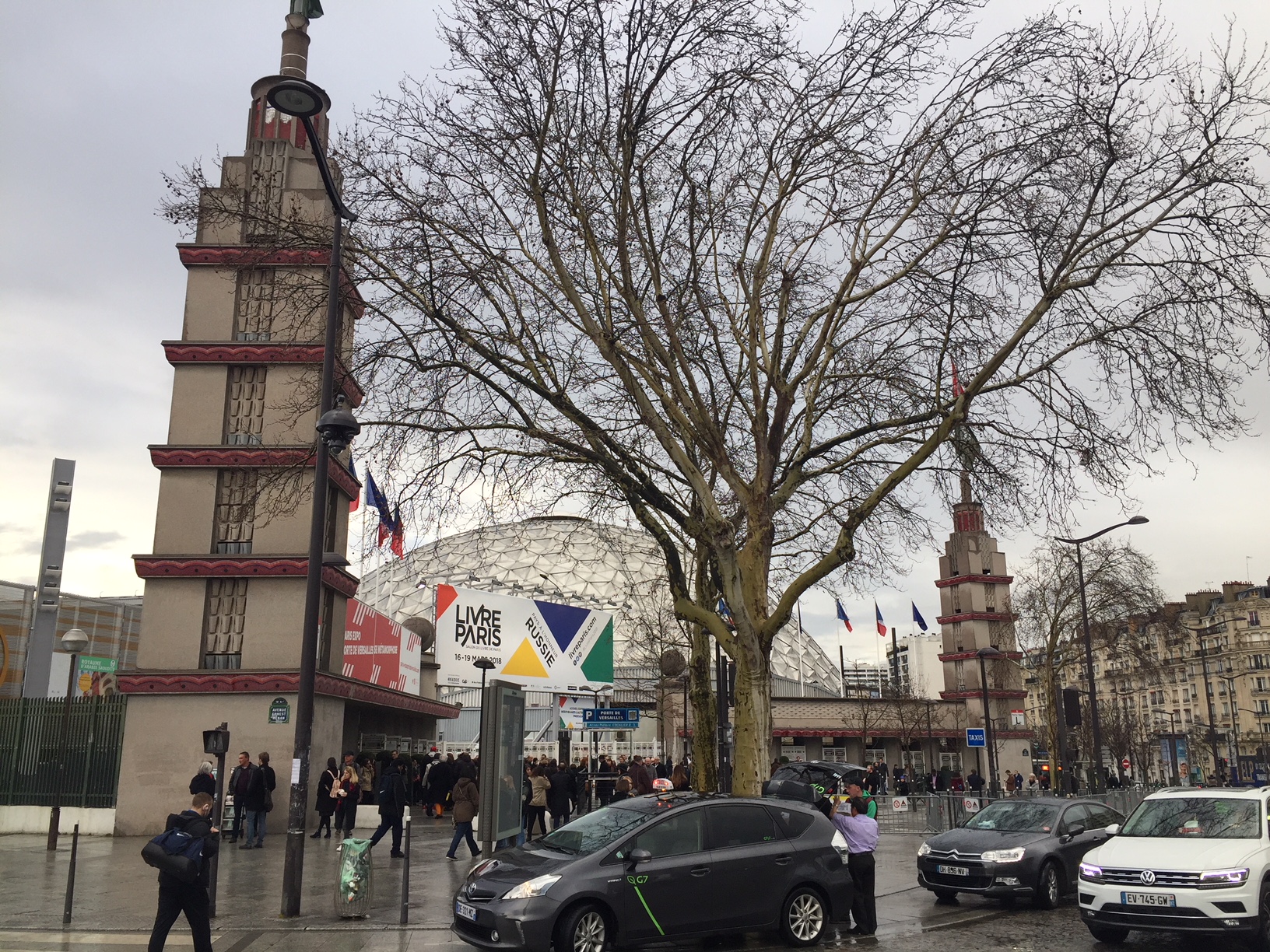 Around the dates of the Salon du Livre de Paris, which this year took place from March 16-19, Anna Soler-Pont visited some French publishers and authors represented by the Pontas Agency, such as Luce Michel, Christophe Carlier and Fabienne Jacob, in the photo below from left to right, next to Anna, at Café des Éditeurs.

Lola, Sérieux by Luce Michel just came out at Pygmalion and the first reviews and comments in blogs are appearing. During the opening of the Salon, Marc de Gouvenain discussed with Frédérique Polet and Romane Lafore from Presses de la Cité about Carmen Domingo’s forthcoming novel Gala-Dalí.

François Laurent (below, left) had just arrived from a press trip to Ribeira Sacra (Galicia, North West of Spain) for the latest novel by Dolores Redondo, in French Tout cela je te le donnerai, to be published at Fleuve Éditions in April. Claire Do Sêrro (below, right) is the new literary director at NIL and she will be publishing The Nine-Chambered Heart by Janice Pariat in 2019.

Glenn Tavennec (below, left) is the French publisher at La Bête Noire of the “The Kouplan Series” by Sara Lövestam. Two volumes have already reached the bookshops: Chacun sa verité and Ça ne coute rien de demander.  While Béatrice Duval and Dana Burlac (below, right) from Denoël are ready to release the French translation of Melba Escobar’s novel Le salon de beauté in May.

Éleonor Delair (below) is the new general director of Mazarine, where the debut novel Hotel on Shadow Lake by Daniela Tully will be released in French later this year; she is also the literary director of Fayard. In the same building, within the same publishing group, work the team of Livre de Poche and Préludes: in the photo, from left to right are Véronique Cardi (managing director), Constance Trepanard (editorial director thriller and crime) and Audrey Petit (editorial director fiction).