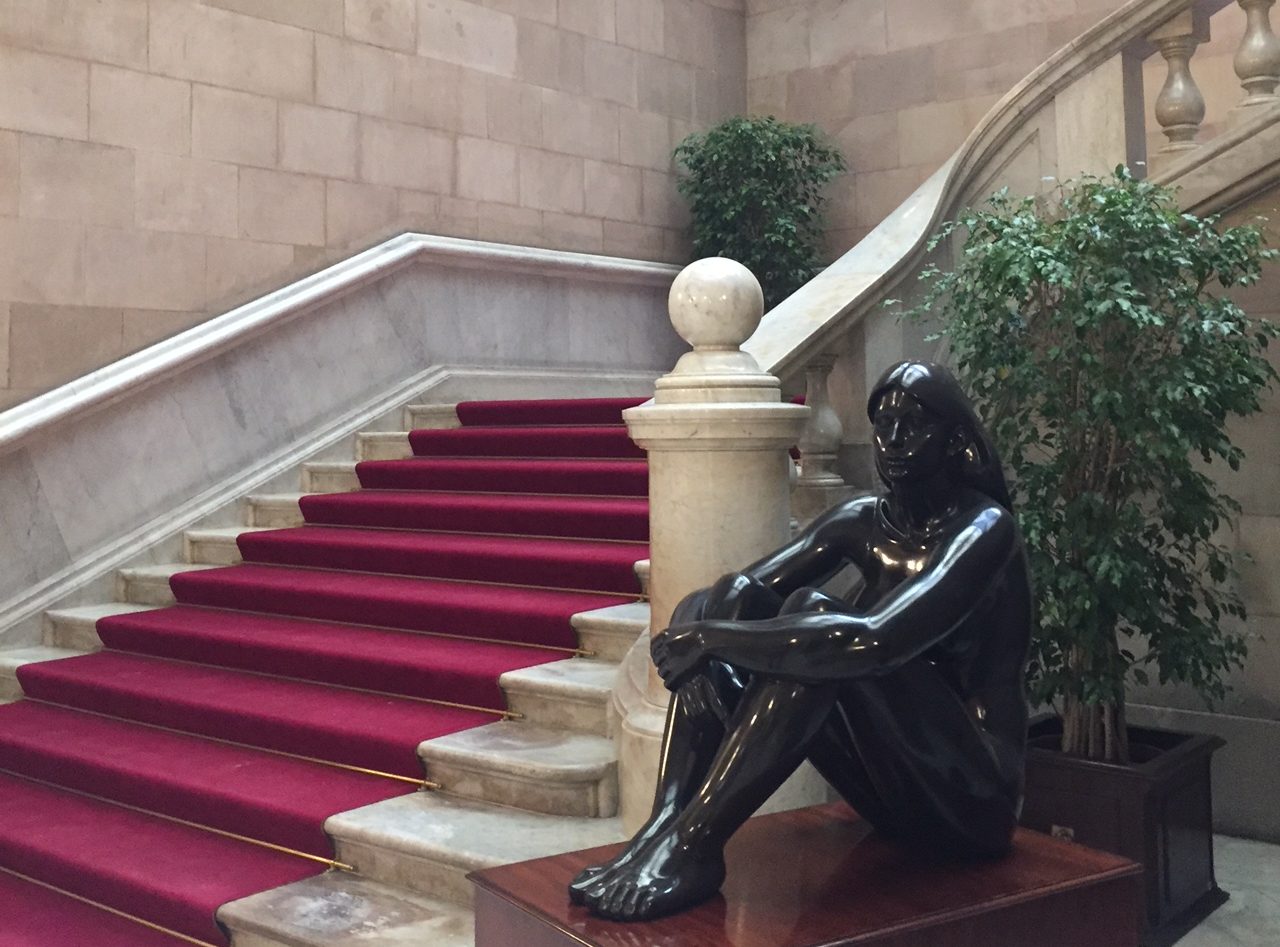 The Pontas Agency has been working since its very beginnings, more than twenty-five years ago, as a bridge between cultures, between languages, between writers from the five continents and its readers everywhere. Although we’re an international company representing authors living in 26 different countries around the world, our offices are based in Barcelona. For this reason, we feel the need to stand for freedom and democracy in the wake of what’s been happening in the past few months.

On March 26th, 2018, Anna Soler-Pont and Ricard Domingo, on behalf of the Pontas Agency, took place in a casual encounter inside the Parliament of Catalonia with literary agents, publishers and elected members of the Parliament from different parties with the aim to collect a few books to be taken to Brussels and the other cities where seven elected Catalan politicians are in exile; as well as to the three different prisons in Madrid where nine other elected Catalan politicians are kept without any trial for having organized the referendum on October 1st, 2017. This is just the beginning of a private initiative that is open to everyone.

A short summary: on October 1st, 2017, the Catalan government called for a referendum of independence after several years trying to get the agreement from the Spanish government as the British and Canadians once did. Everybody saw what happened that day and the violence used against the peaceful voters. Since then, many things have unravelled. Among them, new elections took place in Catalonia on December 21st, 2017 and, once again, the pro-independence parties won the majority of seats in the Parliament. It’s been impossible to invest the elected president, neither the second candidate in the list, neither the third…  All of them banned to be sworn in. We can’t deny that the daily mood in Barcelona is getting worse. We´re all nervous and, we must say, also deeply worried.

Freedom of speech is in danger. Very recently, singers and artists have been banned and even sent to court for their lyrics against the Spanish King or just for admitting there are political prisoners in Spain.

At the Pontas Agency we do believe in freedom, in freedom of speech and freedom for culture. And all this is only possible in a real democracy.