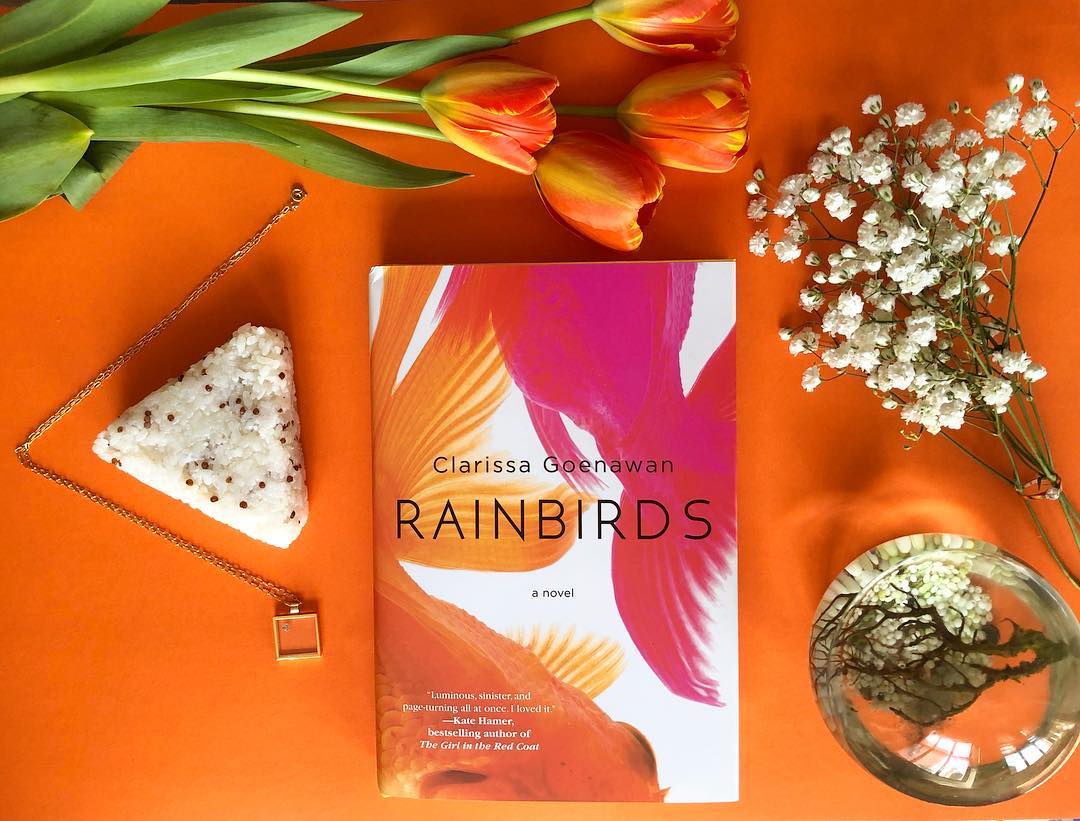 Set in an imagined town outside Tokyo, Clarissa Goenawan’s dark, spellbinding literary debut Rainbirds follows a young man’s path to self-discovery in the wake of his sister’s murder. Rainbirds was published in March 2018 in English, original language, by Soho Press worldwide except in Singapore, where it was published by Math Paper Press. Translation rights have been sold to 10 languages so far, and it's already been published in Bahasa Indonesia, the author's mother tongue. It will soon be out in Spanish, Hebrew, Polish and many other languages. You can see the full list of publishers here.

Rainbirds has been picked as one of the 'most anticipated debut novels of 2018' by many outlets, including Goodreads, Bustle, BookBub, The Asian Writer, Cultured Vultures, The Huffington Post, Cosmopolitan, among many others. Furthermore, Rainbirds is also part of Book of The Month, with a special edition.

The acclaim for this debut novel is outstanding:

«Throughout this novel, numerous moments pleasantly evoke the surrealism of Murakami, the nightmarish descriptions of Abe, the alienated youth of Yoshimoto, and the ill-fated lovers of Kawabata. But Rainbirds, suffice it to say, is a different beast, a contemporary work of noir that draws readers into an eerie landscape that is hard to forget and offers a surprising payoff for those who can look past its occasional failings to see the love story at its strange and lonely heart.» —LA Review of Books

«Elegantly [combines] a suspenseful mystery with an eloquent meditation on love and loss.» —HuffPost

Clarissa surprised all of us at the Pontas Agency when, the day the novel was published in English, these delicious cupcakes matching the colours of Rainbirds cover were delivered to the Pontas office:

Clarissa Goenawan is an Indonesian-born Singaporean writer. She is the winner of the 2015 Bath Novel Award. Her short stories have won several awards and been published in various literary magazines and anthologies. She loves rainy days, pretty books, and hot green tea.