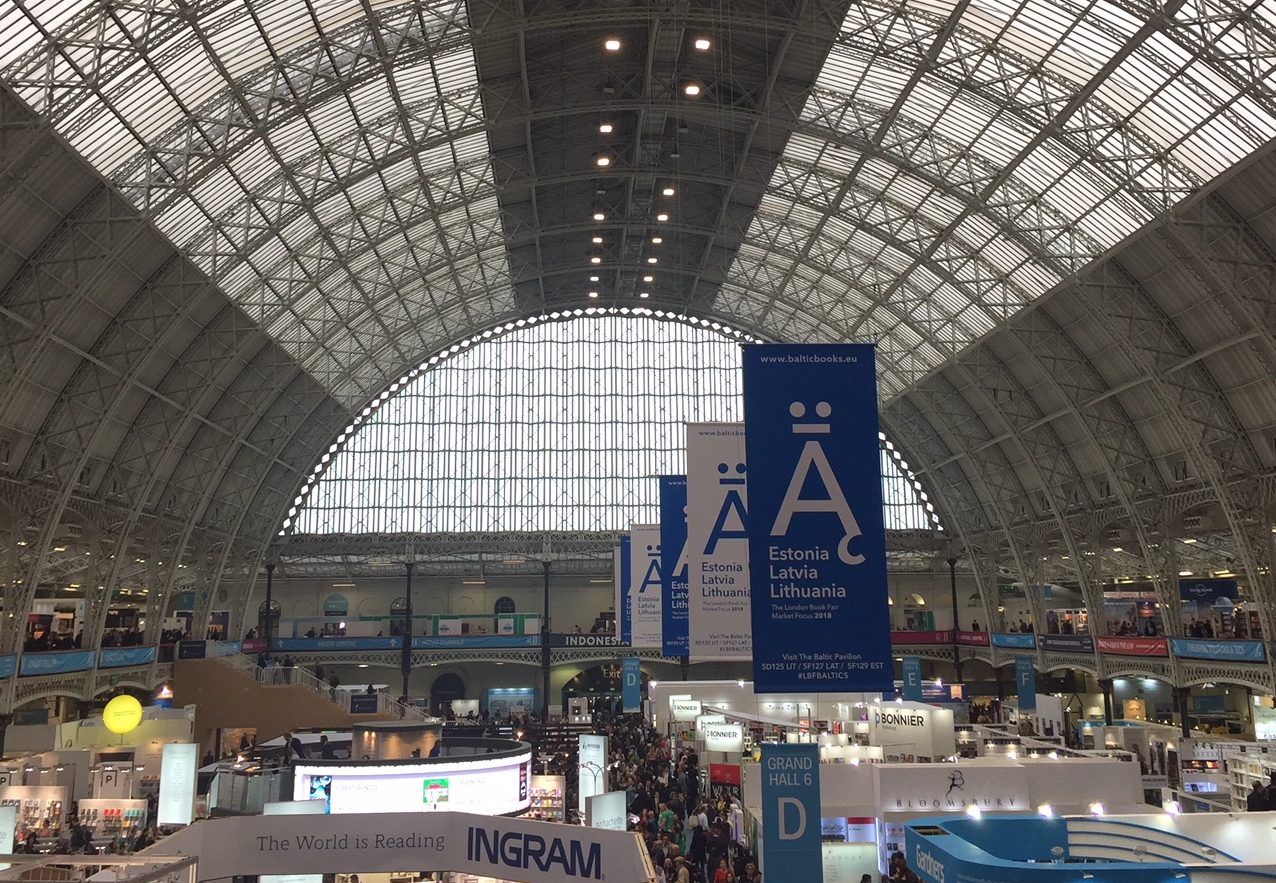 The London Book Fair 2018 took place from the 10th to the 12th of April at a busy Olympia, with countless meetings being held around the tables, corridors, stairs and lifts, as well as restaurants and pubs, to pitch novels by all the authors represented by the Pontas Agency.

This year two novels became a special attraction for international publishers and scouts: Ayesha Harruna Atta’s The Hundred Wells of Salaga and Martí Gironell’s The Force of A Destiny. In the photos below, the British cover ready to be published by Cassava Republic in the United Kingdom and Maria Cardona with Elizabeth DeNoma, from Amazon Crossing, who acquired world English rights and is glad to be adding a Catalan language author in her list for the first time.

It was during the fair that the French translation of Dolores Redondo’s latest novel Todo esto te daré (All This I Will Give To You) was released by Fleuve Éditions and François Laurent brought a copy with him all the way from Paris. At the same time, Waterstones bookshops in London (and elsewhere) have picked The Invisible Guardian (Dolores’ first novel) as “Thriller of The Month", with special promotions and dedicated windows throughout, with a relaunched edition with a new cover by HarperCollins.

It was a pleasure to introduce Winnie M Li to her German publishers at Arche Literatur Verlag (in the photo, the author of Dark Chapter next to Tim Jung and Angelika Künne), all ready for the German “cover reveal”, with a very strong yet completely different title! As well as to introduce long-term Pontas friends such as Judith Uyterlinde (now Publisher at World Editions) and Olivia Snaijie (now at Bookwitty), in the photo over dinner with Anna Soler-Pont.

At a ceremony and reception on April 10th at the Olympia London conference centre, the London Book Fair named 25 entities and people winners of its International Excellence Awards. And the Inclusivity in Publishing Award went to Nigeria’s Cassava Republic and was accepted by Emma Shercliff of London, where the company has an office (photo below). Founder Bibi Bakare-Yusef has recently begun distributing titles in the American market, as well. Two authors represented by the Pontas Agency are going to be published soon by Cassava Republic: Victoria Princewill and Ayesha Harruna Attah.