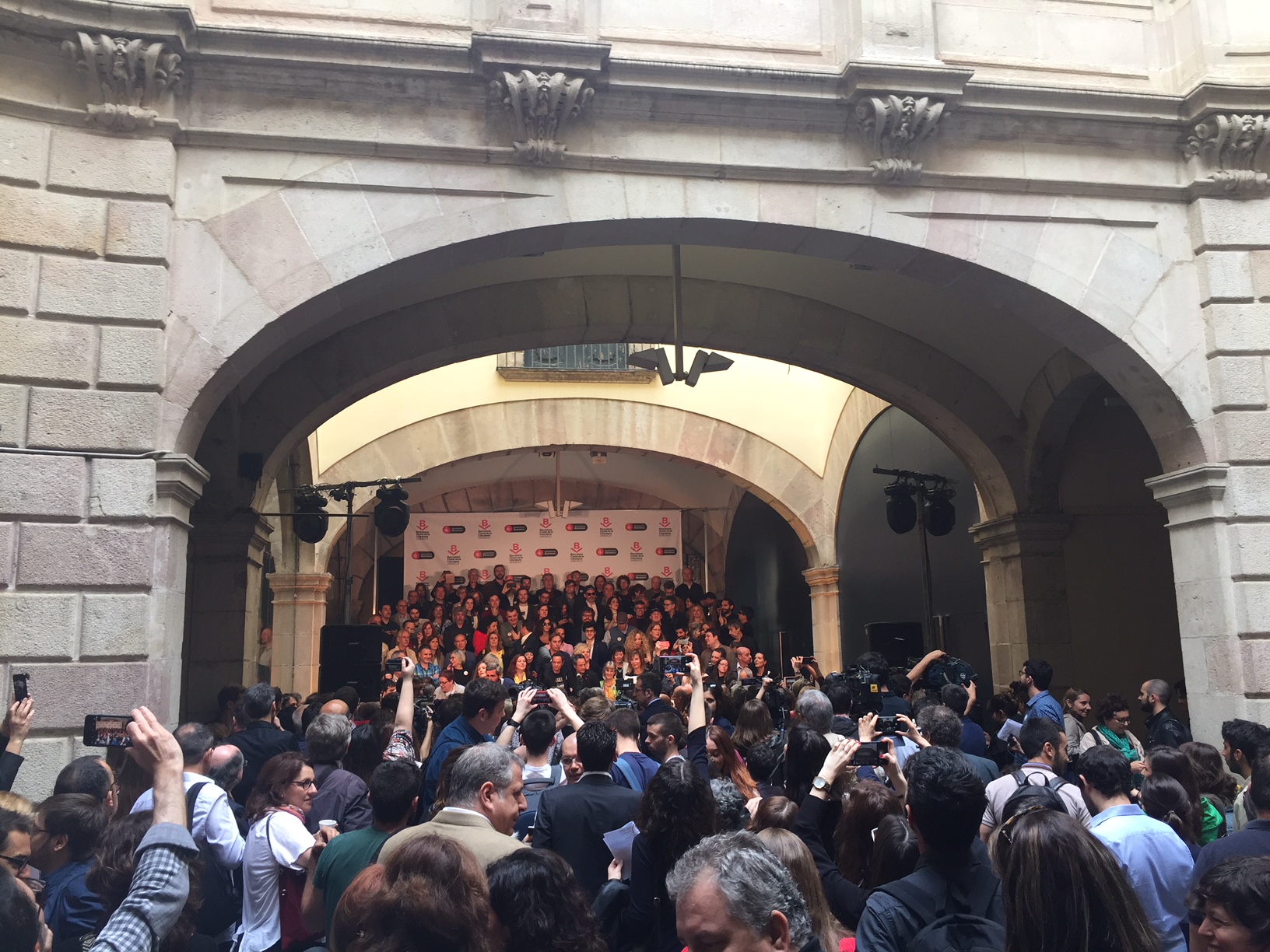 For book-lovers, every April 23rd, known as Sant Jordi’s Day, is an amazing experience in Barcelona. This year, the city was, once again, completely taken over by books, authors, readers and roses. The sun shone to the relief of publishers and booksellers, and writers signed their books for all those who queued to get the signature of their favourite authors. Editors and journalists ran up and down the main streets in Barcelona accompanying the writers on their busy signing schedules. At the end of the day, the booksellers guild announced that the most sold novel in Catalan language was La força d'un destí (The Force of a Destiny) by Martí Gironell, represented by the Pontas Agency. They also announced that figures were similar to last year: 1.6 million books were sold for an amount of 22 million euros. A total celebration. In the photos: above, a group of writers at a breakfast organized by the City Council before starting their signatures; and below: Martí Gironell signing and with Emili Rosales (Publisher at Columna Edicions) and Anna Soler-Pont.

Federico Moccia came from Rome to Barcelona, as he's been doing for 10 years in a row, for his readers’ delight, who queued to get his signature and special stamp for the day. Tre volte te (Three Times You) was published last year and more than 150.000 copies have been sold already in Italian,  French, Spanish and Catalan together. Translations are about to be published very soon in Hungarian and Polish, among other languages.

El camí de les aigües (The Water Path) by Carme Martí is finding its way among readers, with already three reprints distributed and healthy weekly sales. As most readers have pointed out, this novel is a homage to cooking and also to working women everywhere.

Blanca Busquets also signed her new novel, La fugitiva (The Runaway), a novel that deals with the passing of time, secrets, solitude, ageing and the need to take things at a slower pace. Rafel Nadal, while signing La senyora Stendhal, received the news that his previous novel, La maledicció dels Palmisano (The Last Son’s Secret) is going to be also translated into Hungarian, adding up to 22 translations up until today, becoming one of the most translated authors writing in Catalan.

Miquel Molina was pleased to have the chance to talk to the readers of his latest novel La sonámbula (The Sleepwalker), a novel of sentimental games, sexual obsessions and love in the 21st century, a modern-day Liaisons dangereuses.

This year the traditional red roses were switched or combined with yellow roses, as a way to show disagreement with the nine Catalan political prisoners being held in Madrid as well as those seven politicians in exile. Below left, a photo published in Time magazine's social media channels.