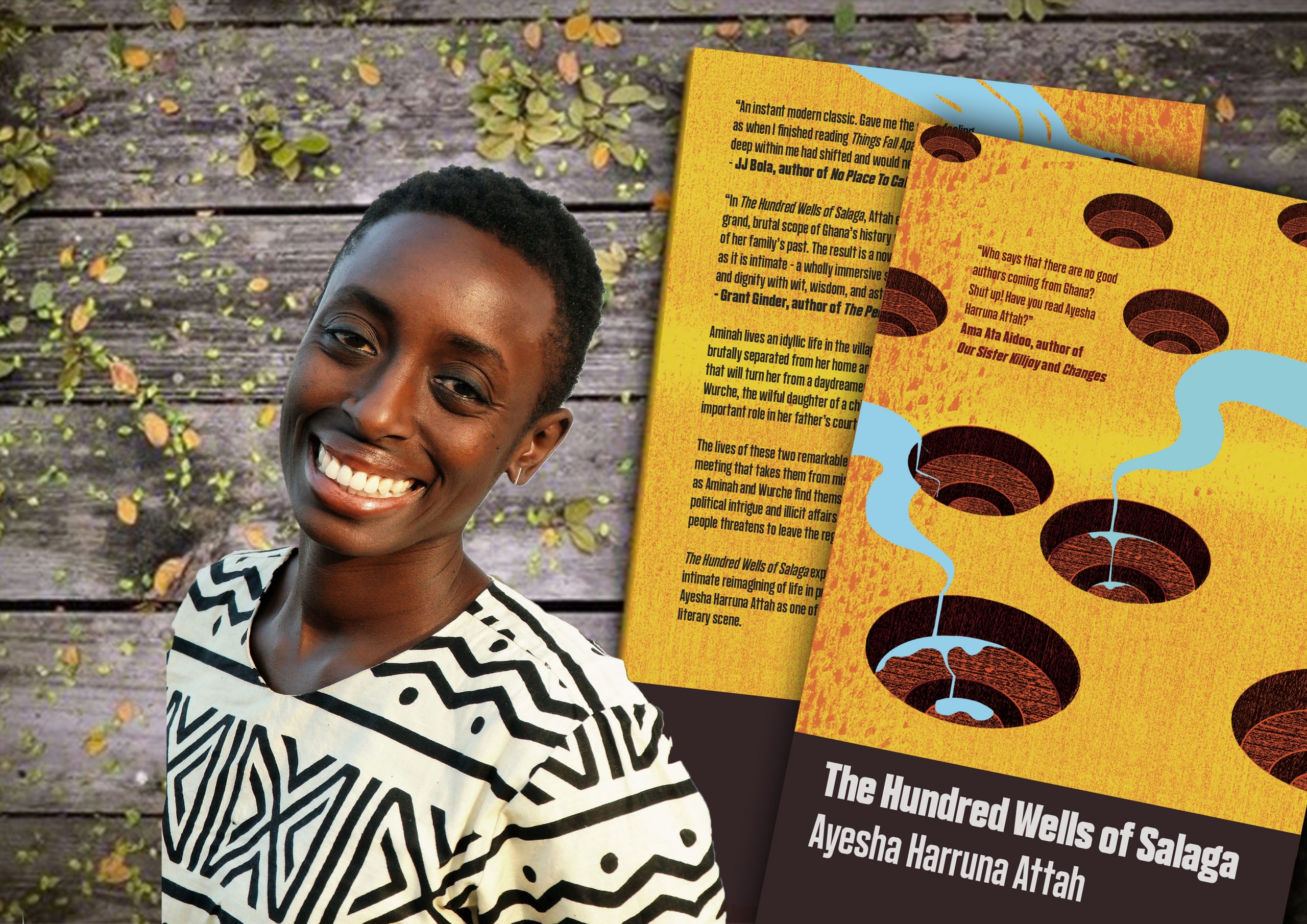 The Hundred Wells of Salaga by Ghanaian author Ayesha Harruna Attah is a short yet sweeping tale of slavery in 19th century West Africa told from the point of view of two mould-breaking women whose lives intersect at the town of Salaga, the largest slave market in the region.

The Hundred Wells of Salaga offers a remarkable view of slavery within Africa, centering around two strong and memorable female characters. Aminah lives an idyllic life in the village of Botu, until she is brutally separated from her home and forced on a journey that will turn her from a daydreaming girl into a resilient woman. Wurche, the willful daughter of a chief, is desperate to play an important role in her father’s court but ends up living the opposite of her dream. These two women’s lives converge at the same time infighting among Wurche’s people threatens to leave the region exposed to powers much larger than themselves.

Cassava Republic is publishing Ayesha's third novel in the UK and Africa in May 2018, and The Hundred Wells of Salaga is already enjoying of some early success, as translation rights have already been acquired in 5 languages (German, Italian, French, Turkish and Dutch), and Judith Gurewich at Other Press has acquired rights to publish it in the United States and Canada in February 2019. At the Pontas Agency we believe that The Hundred Wells of Salaga establishes Ayesha Harruna Attah as one of the most appealing voices to emerge in African fiction.

“An instant modern classic. Gave me the same feeling as when I finished reading Things Fall Apart; like something deep within me had shifted, and would never be the same again.” JJ Bola, author of No Place To Call Home

“Feminist writing at its best, a homage to Queen Amina and Yaa Asantewaa, women whose gallantry defied the status females were relegated to in mid to late 19th century West Africa” Mohammed Naseehu Ali, author of The Prophet of Zongo Street

Born to two Ghanaian journalists, Ayesha grew up in Accra and was educated at Mount Holyoke College, Columbia University and NYU. Her writing has appeared in the New York Times Magazine, Asymptote Magazine, and the Caine Prize Writers’ 2010 Anthology. Her debut novel, Harmattan Rain (Per Ankh Publishers) was nominated for the Commonwealth Writers’ Prize in 2010. Her second novel, Saturday’s Shadows, was published in English (World Editions) and Dutch (De Geus) in 2015.  Ayesha currently lives in Senegal.