The debut novel by Elena Medel, Las maravillas (The Wonders) was published in its original Spanish by Anagrama in 2020 and was immediately acclaimed by readers, booksellers, critics and was awarded the Umbral Prize for the Best Book Of The Year 2020. In March 2022, several translations are reaching bookshops in many countries. 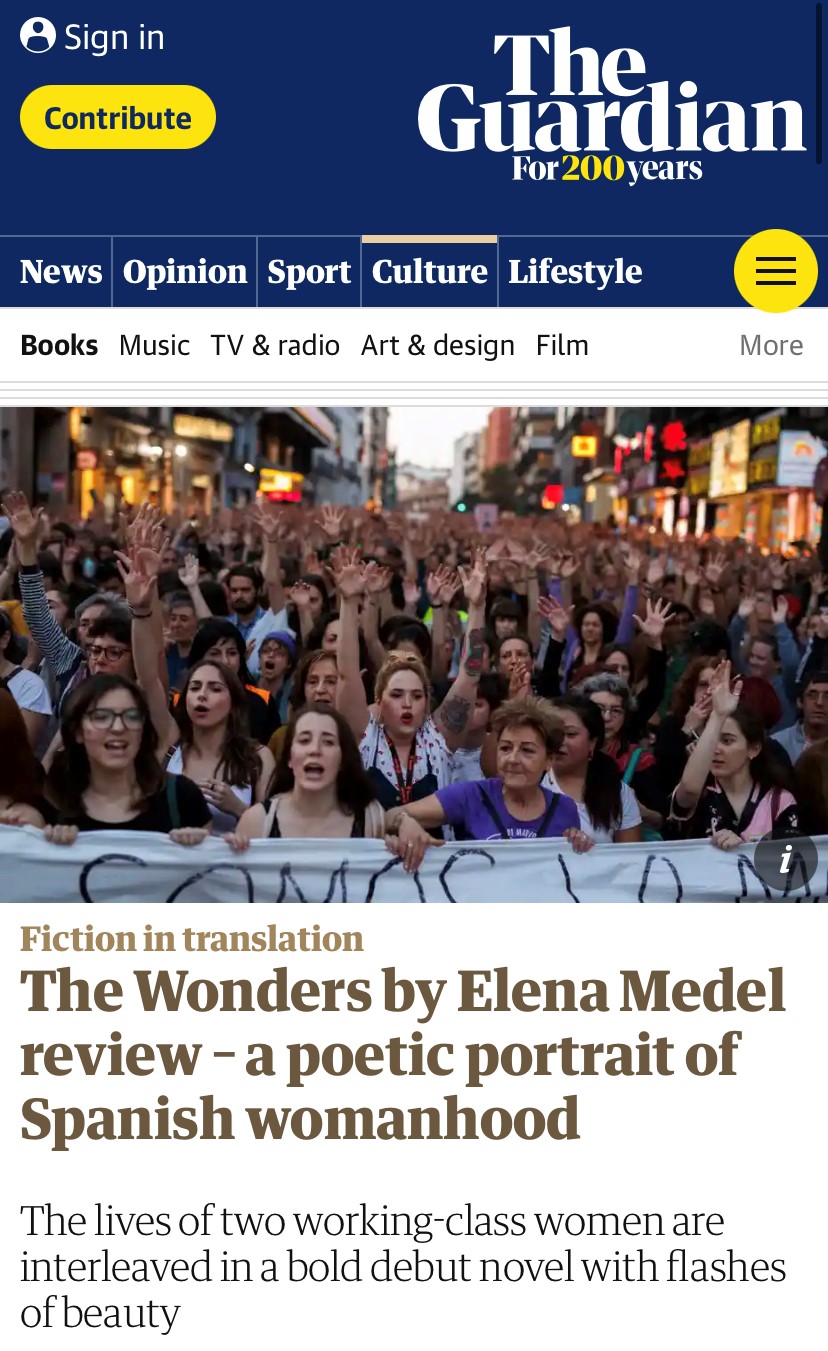 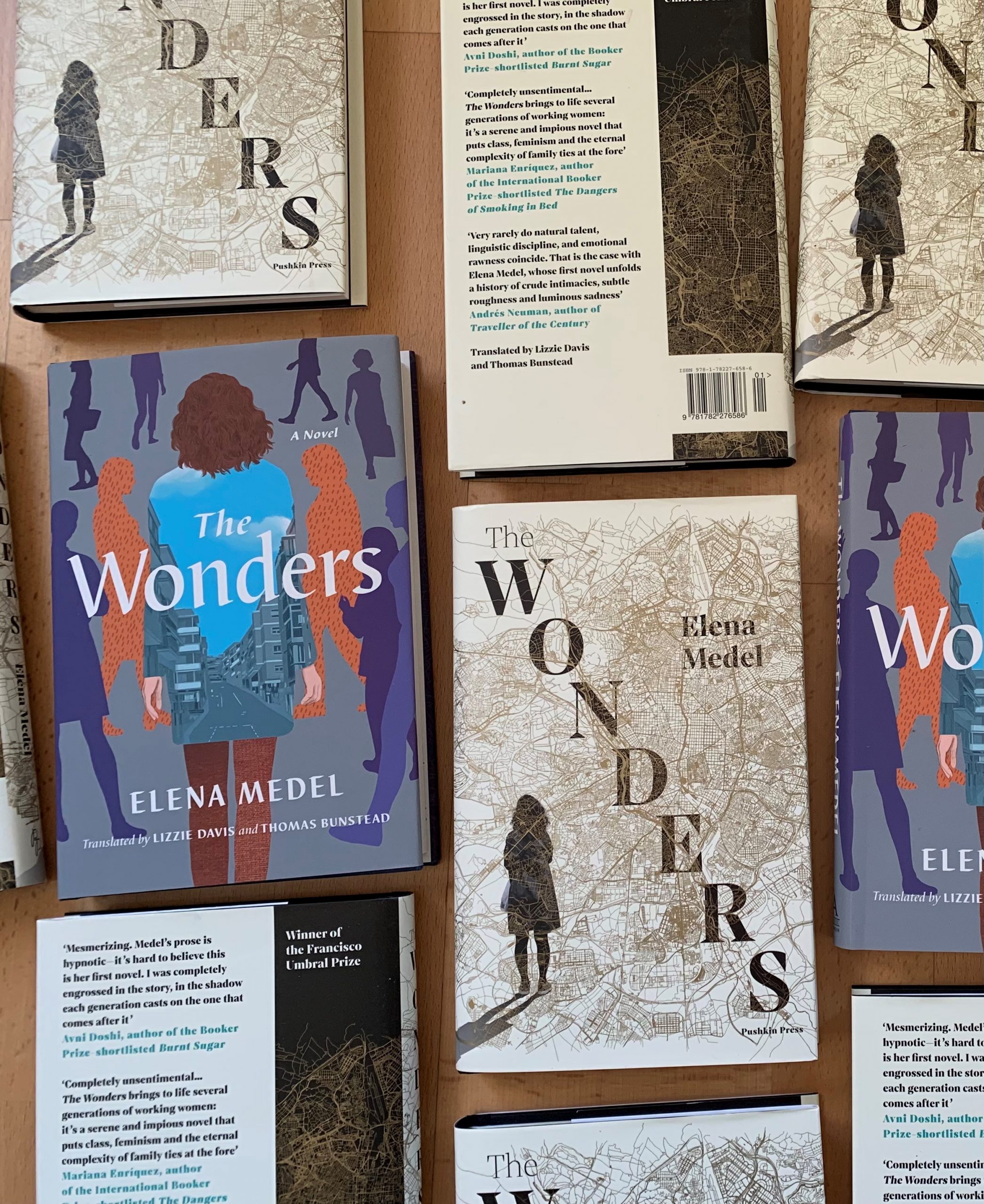 In the United Kingdom, for instance, where the novel is published by Pushkin Press, a fantastic review was published in British newspaper The Guardian. There are lots of brilliant bits to quote , among them: “A poetic portrait of Spanish womanhood”, “The lives of two working-class women are interleaved in a bold debut novel with flashes of beauty” and “Full of brilliant moments of illumination”.

Also, in  UK news, an excerpt from the book has gone live on Granta magazine online. 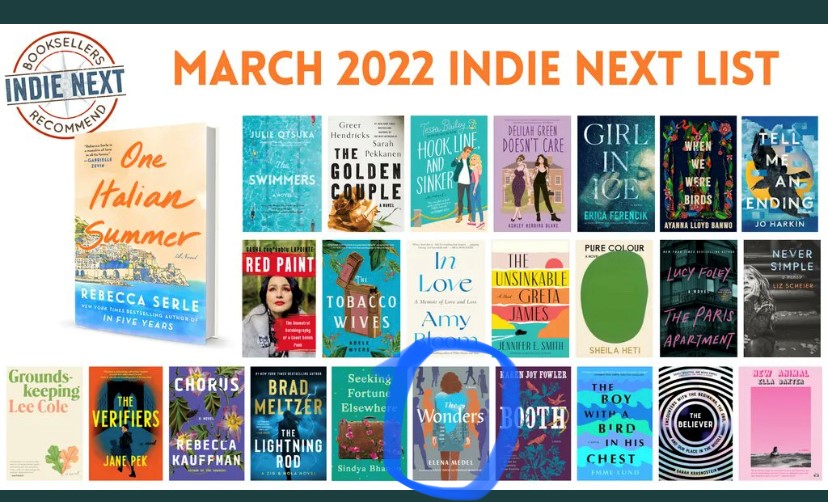 In the United States, The Wonders (published by Algonquin) has been selected as a March Next Indie Pick by booksellers across the country, a list which highlights the top 25 books being published there every month. 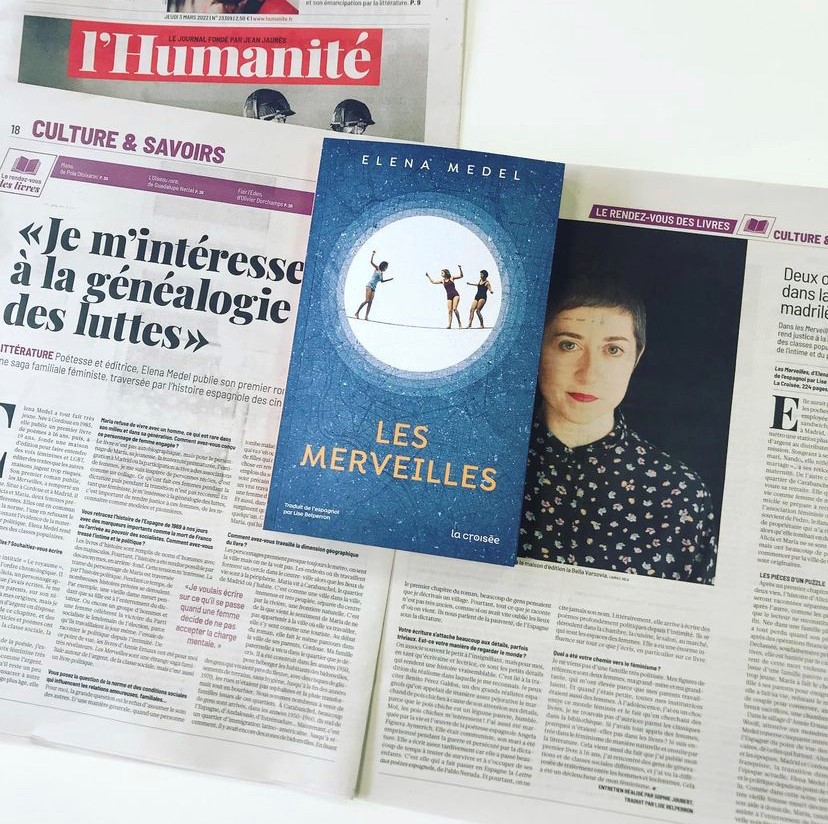 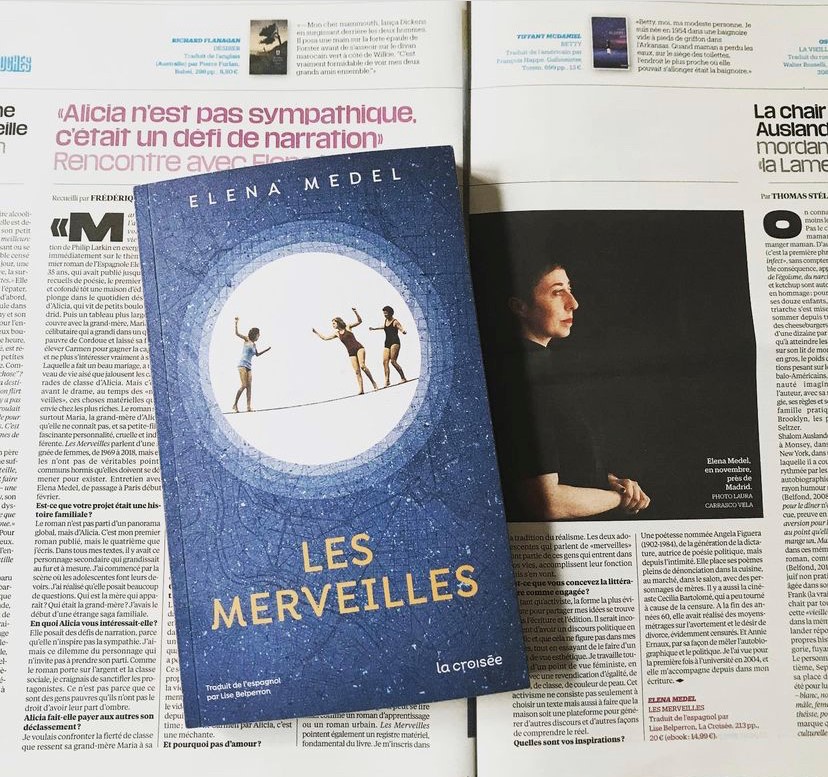 In France (where the novel is published by Éditions La Croisée and where the author travelled to attend French journalists ahead of publication day), the newspaper L’Humanité published an extensive interview and said: “In the wake of Annie Ernaux and Virginia Woolf, Elena Medel weaves together the intimate and the political from a rarely read point of view. A powerful new feminist voice.” 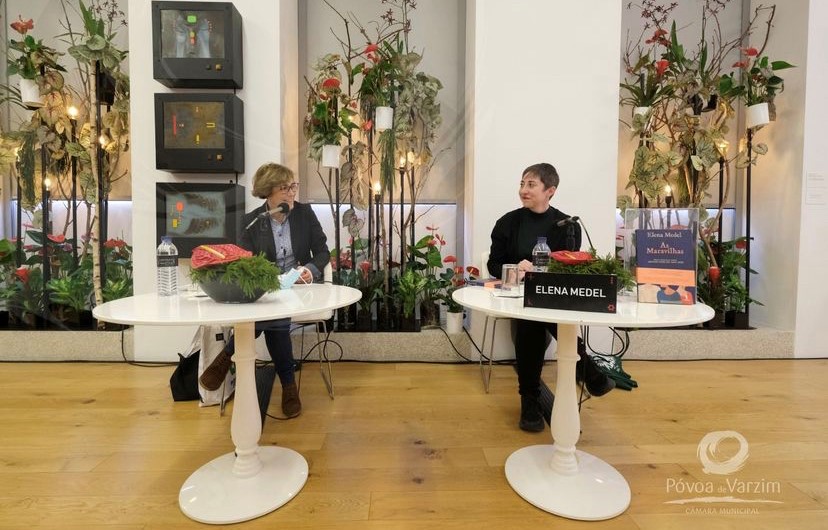 And in Portugal, Elena Medel participated in several panels of the literary festival “Correntes d’Escritas 2022”. She talked about the recently published Portuguese translation (at Dom Quixote Editora).

With translation rights sold into fifteen languages, this is just the beginning of a long international journey for Las maravillas. Audiovisual rights are still available, but there are several producers who have expressed interest and are reading the novel. Stay tuned!