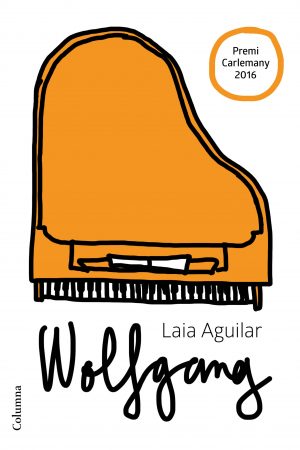 The powerful, authentic and moving first-person narrative of a young boy. A crossover longseller that won the 2016 Carlemany Award.

Wolfgang is an 11-year-old boy with an IQ of 152. He likes to make lists of impossible things, snack between mealtimes, find out how to travel to Neptune and fantasize about becoming a great pianist. His greatest passion is playing the piano, which is how he takes refuge from his emotions. After his mother’s untimely death, he is forced to go to live with his father, who is a stranger to him, but he comes up with a plan to run away to the best music academy in the world. During the journey, he will find out who is father really is, the family secret that has been kept hidden by the ‘grown-ups’ and why he is so afraid of something he has never tried to explain before...

Wolfgang will continuously question the adult world in his intelligent, objective and critical way.

Winner of the 2016 Carlemany Award