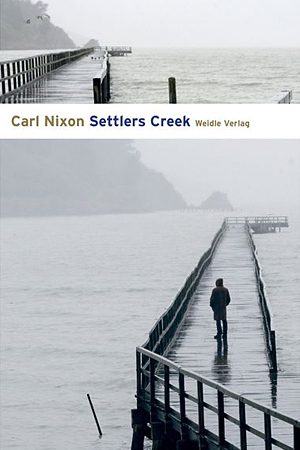 Box Saxton just wants to bury Mark, his stepson. What happens, though, when the boy’s biological father, a Maori leader, unexpectedly turns up in the days before the funeral and forcibly takes the boy’s body? According to Maori custom the boy should be buried in the tribe’s ancestral cemetery in the small coastal town of Kaipuna. According to the law there is very little Box can do. With no plan and little hope, Box gets in his old truck and drives north, desperate and heartbroken.

Settlers’ Creek examines the claims of both indigenous peoples and more recent settlers to have a spiritual link to the land. The book explores with depth and compassion some of the many issues of race and culture faced by New Zealand.

«Brave, bold and unflinching, Carl Nixon's Settlers' Creek is one of the best novels to come out of New Zealand. It's not only a gripping, brutal thriller but also a dissection of a country and its culture. It's the kind of book that gets you run out of town.» Witi Ihimaera, author of Whale Rider