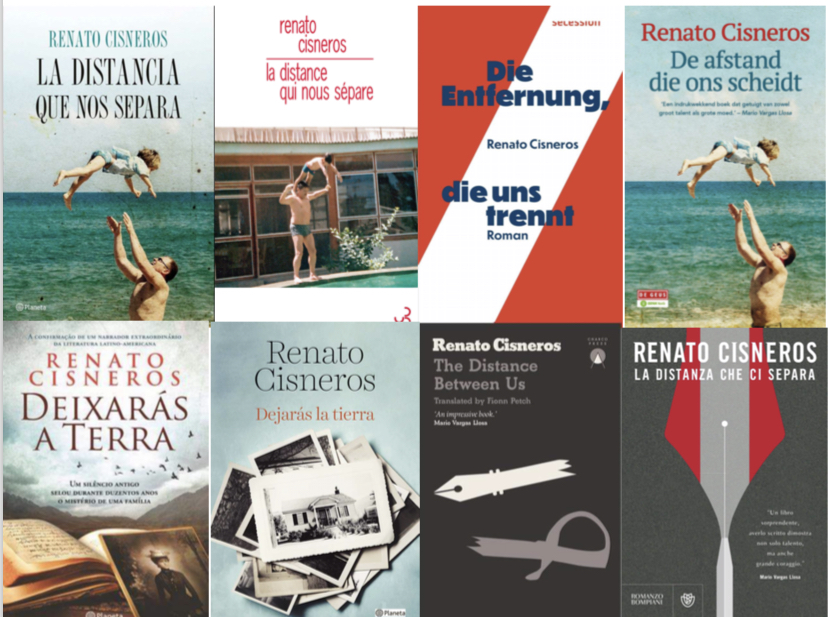 At the Pontas Agency, we are happy to announce that Peruvian author Renato Cisneros is launching a new title for the first time simultaneously in print form with Alfaguara and as an audiobook with Storytel. Someday I Will Show You The Desert (Algún día te mostraré el desierto) was originally a project for the series “Storytel Originals" and has been written following an audiobook format: ten chapters, each containing enough material to be transformed into one hour of recording per chapter. Soon after, print rights were acquired by Alfaguara/Penguin Random House and, on June 8th 2019, both formats were released to audiences simultaneously.

Given the fact that Renato is also a well-known radio journalist in Peru, he has recorded the audiobook with his own voice.

For a writer worried with paternity, and one who has used the figure of his father as literary artefact in his two previous books, the night his wife confesses that they shall become parents transforms all that has been literature and psychoanalysis into pulse and heartbeat. What is the use of words, memory and imagination in the face of the beautiful shapes drawn by the first ultrasound? How useless has it been to revisit the stories of grandmothers and patriarchs when motherhood has displayed itself, without fuss, as morally superior? Written with emotional urgency is both the paternity diary of Renato Cisneros and a love letter that shatters the nuances of insecurity and the shadows of depression.

Renato Cisneros´ books about his father, The Distance Between Us (La distancia que nos separa) and The Land You Leave Behind (Dejarás la tierra), have received high praise from all corners of Latin America and Europe. About the first one, Mario Vargas Llosa said: «It’s an impressive novel, and to have written it, shows great talent, and also a lot of courage»; it was also longlisted for the Prix Médicis 2017 (one of the most prestigious awards in France for literary fiction) and won the Prix Transfuge du Meilleur Roman de Littérature Hispanique, in France. They have been translated (or will be soon) into several languages, including English (Charco Press), German (Secession Verlag), French (Bourgois), Italian (Bompiani) and Dutch (De Geus).

As a young journalist, in 2005, Renato Cisneros was asked to write a blog within the Peruvian newspaper’s website El Comercio under the title Busco Novia (I’m searching for a girlfriend). It was in the format of a diary, containing the misadventures of a young journalist in Lima, not unlike himself. Later on, the blog became a book with the same title which was published by Alfaguara. Film rights were sold to Tondero production company, and Renato co-wrote the screenplay, adapting his own novel. The feature film adaptation has been completed and it will be released theatrically in Peru in August 2019, with actor César Ritter playing Renato’s fictional character. Here’s the teaser-trailer: