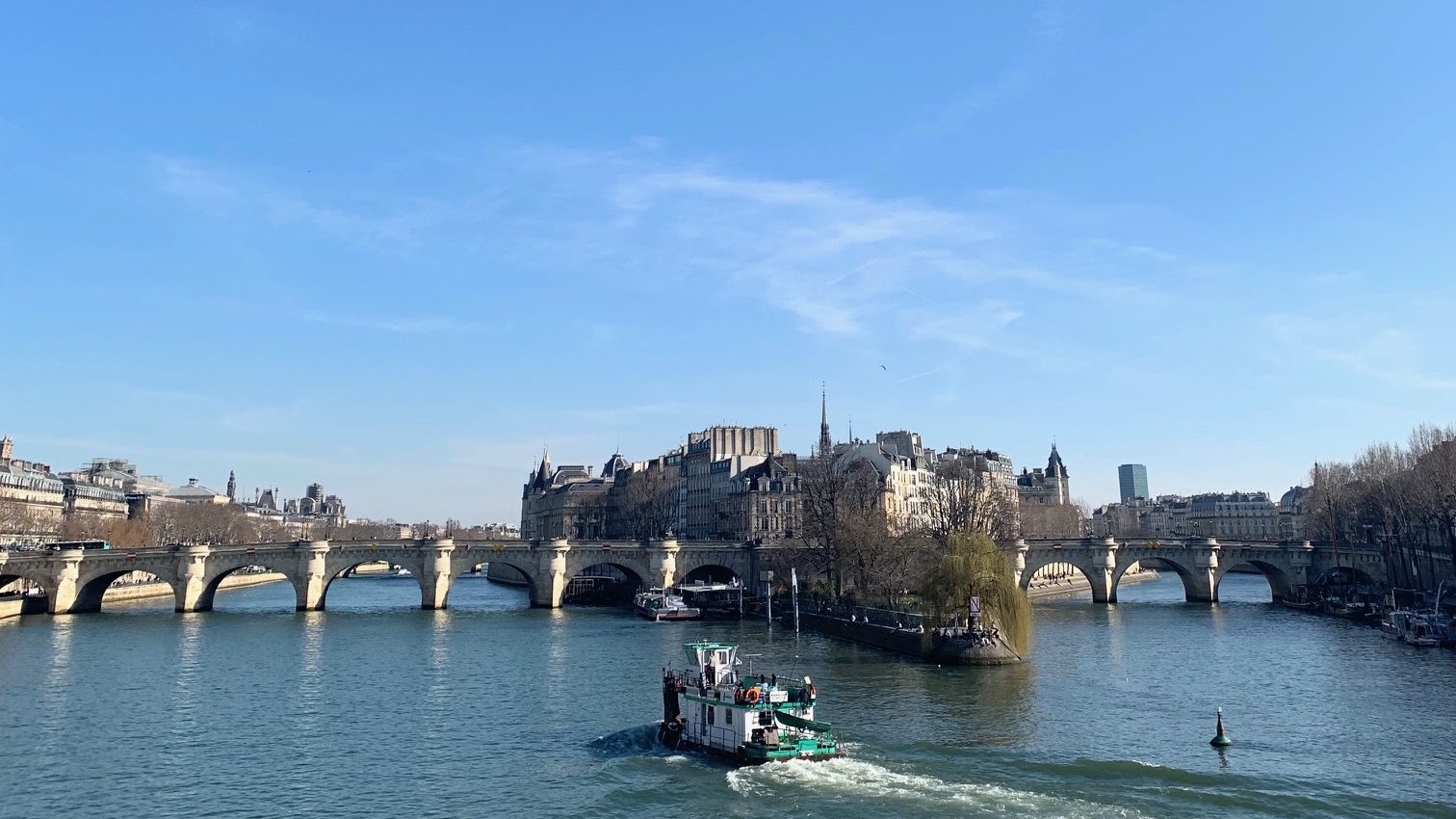 After the trip to Munich in January to visit several publishers, and continuing the Pontas Agency’s will to strengthen the personal and direct contacts while the world becomes more digital and technological, Anna Soler-Pont went to Paris the last days of February.

Many meetings took place inside the Editis building (above), on Place d'Italie. For instance we met with Marie-Christine Conchon (below left, left) and François Laurent (below left, right) whom, together with Florian Lafani and Christine Schulz, are preparing the launch of the French pocket edition of Dolores Redondo, Tout cela je te le donnerai with Pocket, after the success in trade format by Fleuve Éditions.

Variations d'un coeur is going to be the French title of Janice Pariat´s novel The Nine-Chambered Heart, and Claire do Serro is its publisher at Nil Éditions, here below (hidden behind an advance copy already sent to booksellers and journalists before its publication in April 2019). And Libre comme l'air is the French title of the third instalment of Sara Lövestam’s 'Kouplan Series', that's reaching French bookshops on March 21st. (By the way, Sara will be promoting the novel and all her Kouplan books in French at the prestigious crime fiction festival Quais du Polar in Lyon).

Behind the doors of the iconic Gallimard publishing house, located on a street named after its founder, Gaston Gallimard, several books by Pontas are getting ready to be launched soon. Among them, the pocket edition of Les belles d'Halimunda (French title for Eka Kurniawan's Beauty is a Wound) and Le salon de beauté by Melba Escobar.

And Anna also met with Christophe Carlier, a Pontas author living in Paris whose latest novel, L'eau de rose, was published in January 2019 at Phébus Éditions. They sat in the same place where Simone de Beauvoir and Jean-Paul Sartre, among many others, used to stay for hours, sometimes even writing. Some cafés such as Les Deux Magots may have become a bit too touristy, but the “literary souls” are still there.