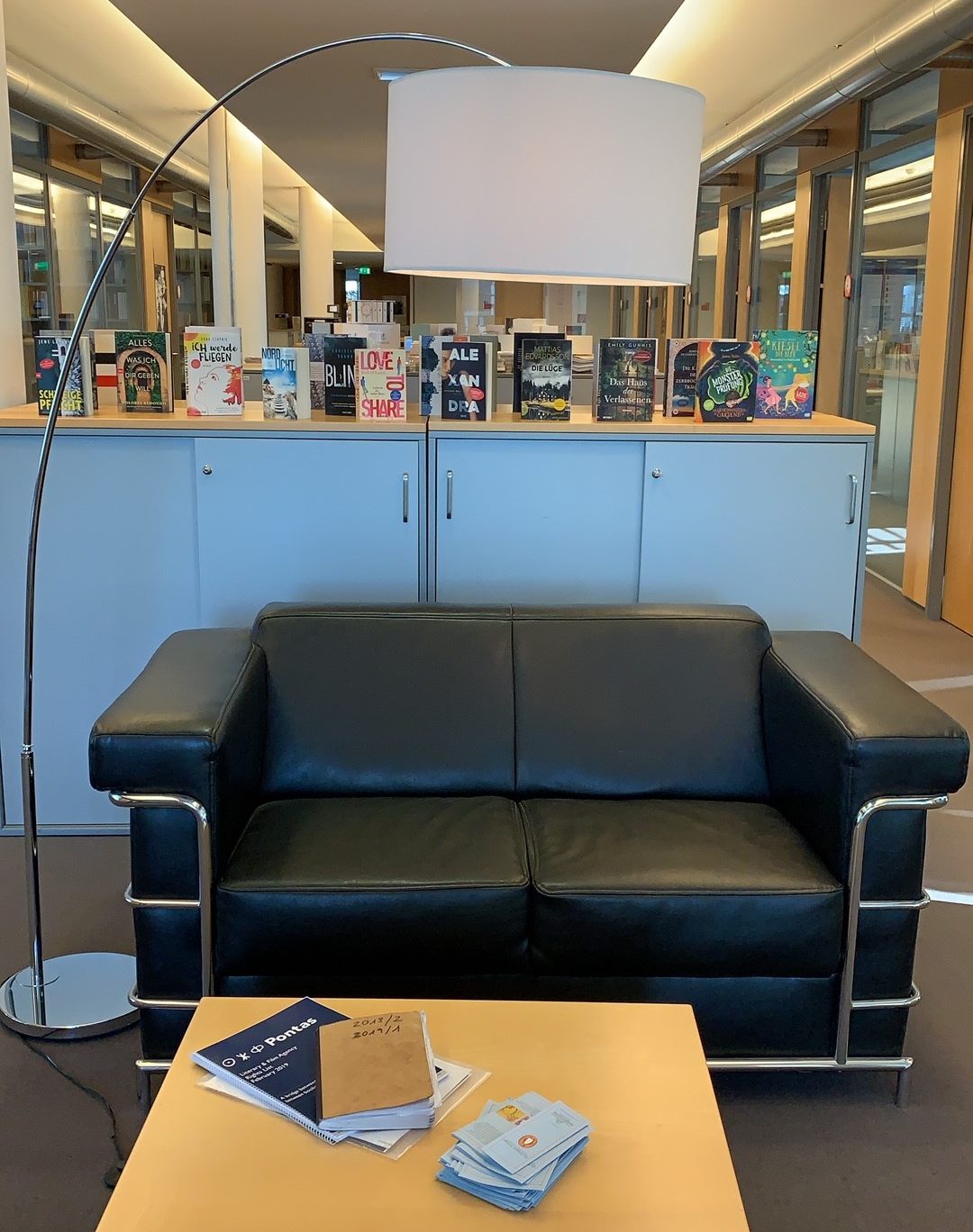 At Pontas we always say that the more digital and technological we become, the more important face to face meetings are. That's why almost every month someone from the Pontas team is “on the road” to meet publishers, film producers and authors wherever they are. During book fairs and film markets or in between, when everybody has more time in their offices to listen to us. Just when January was ending, Anna Soler-Pont went to Munich to visit several publishers and editors.

Regina Kammerer (left) and Martina Kluever are preparing the release of the German translation of Dolores Redondo’s Todo esto te dare (All This I Will Give To You), to be published by btb on March 25th . Advanced copies and a nice leaflet with photos of Ribeira Sacra, where the novel takes place, have been sent to booksellers and journalists and the first positive reactions are arriving!

Anke Goebel is the editorial director of fiction at Heyne Verlag and she is the one who decided to publish Melba Escobar’s La Casa de la Belleza (House of Beauty in English and in German Die Kosmetikerin) and to be released in September 2019. Tim Mueller, also at Heyne, is John Healey’s editor.

Madlen Reimer is the editor of Kopano Matlwa’s latest novel Period Pain/Evening Primrose (to be published in September 2019) and Carolin Klemenz is the happy editor of Ayesha Harruna Attah's novel, The Hundred Wells of Saga, to be released on March 11th (in the photo with the first two copies that came out of the printer).

The relationship between literary agents and publishers is always special and when we meet and seat down to discuss about possible books in common we never really know if we'll find “the” book or when. In the photos below, Thomas Tebbe (at his desk in Piper Verlag) and Julia Hoffmann, Britta Egertemeier and Marion Kohler from Penguin Verlag and DVA.

Every time someone goes to the Random House building in Munich takes a picture of the zebra standing in front of the cafeteria, which was done for the promotion of the second novel by Jonas Jonasson that Pontas sold to Carl’s Books when the agency used to represent him (in the photo Maren Arzt, one of the editors). Authors may change of literary agency and editors may change of publishing house, but books and memories remain.