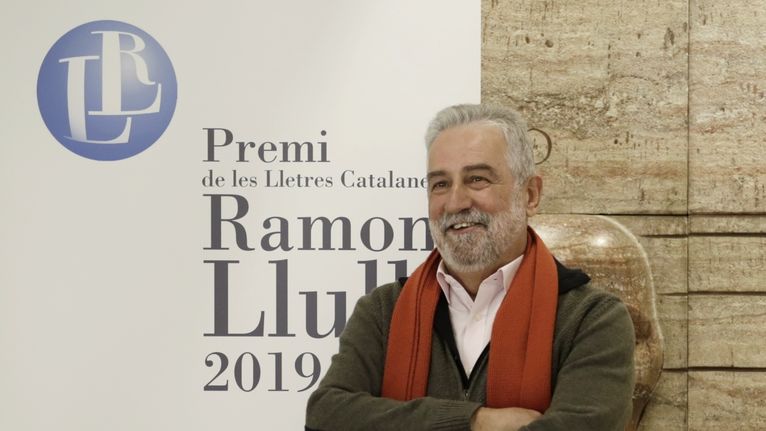 At the Pontas Agency, we’re excited to announce that Rafel Nadal is 2019’s winner of the most prestigious literary award in Catalan language, the Ramon Llull, with a novel titled El fill de l’italià (The Italian’s Son).

Rafel Nadal is a journalist and Catalan writer. He is the author of several bestselling novels such as La maledicció dels Palmisano (Columna, 2015), published in 22 languages; and La senyora Stendhal (Columna, 2017), published in five languages so far and of the most successful novels in Catalan.

The Italian’s Son is an epic journey of self-discovery and a profound story of forbidden love. On the 4th September 1943, the Italian Navy’s newest and largest battleship, Roma, slips out of La Spezia to attack a sizeable Allied naval force. At the Strait of Bonifaccio, between Corsica and Sardinia, the Luftwaffe bombards the Roma, which quickly sinks, killing over 1,500 men. The survivors then embark on a journey that takes them first to the island of Menorca, and then to Caldes de Malavella, a small Catalan village with an abandoned health resort where they settle and wait. It’s in Caldes where Ciro ―one of the Italian navy men who sings Neapolitan songs― meets Joana, a married woman who plants carnations to escape a rough husband who is barely home.

Sixty years later, right after his beloved mother´s funeral, Mateu decides to search for the man people say is his real father. Rumours have always circulated in the village, and there’s that old photograph of the Italian navy men about to play a football match. One looks exactly like him.