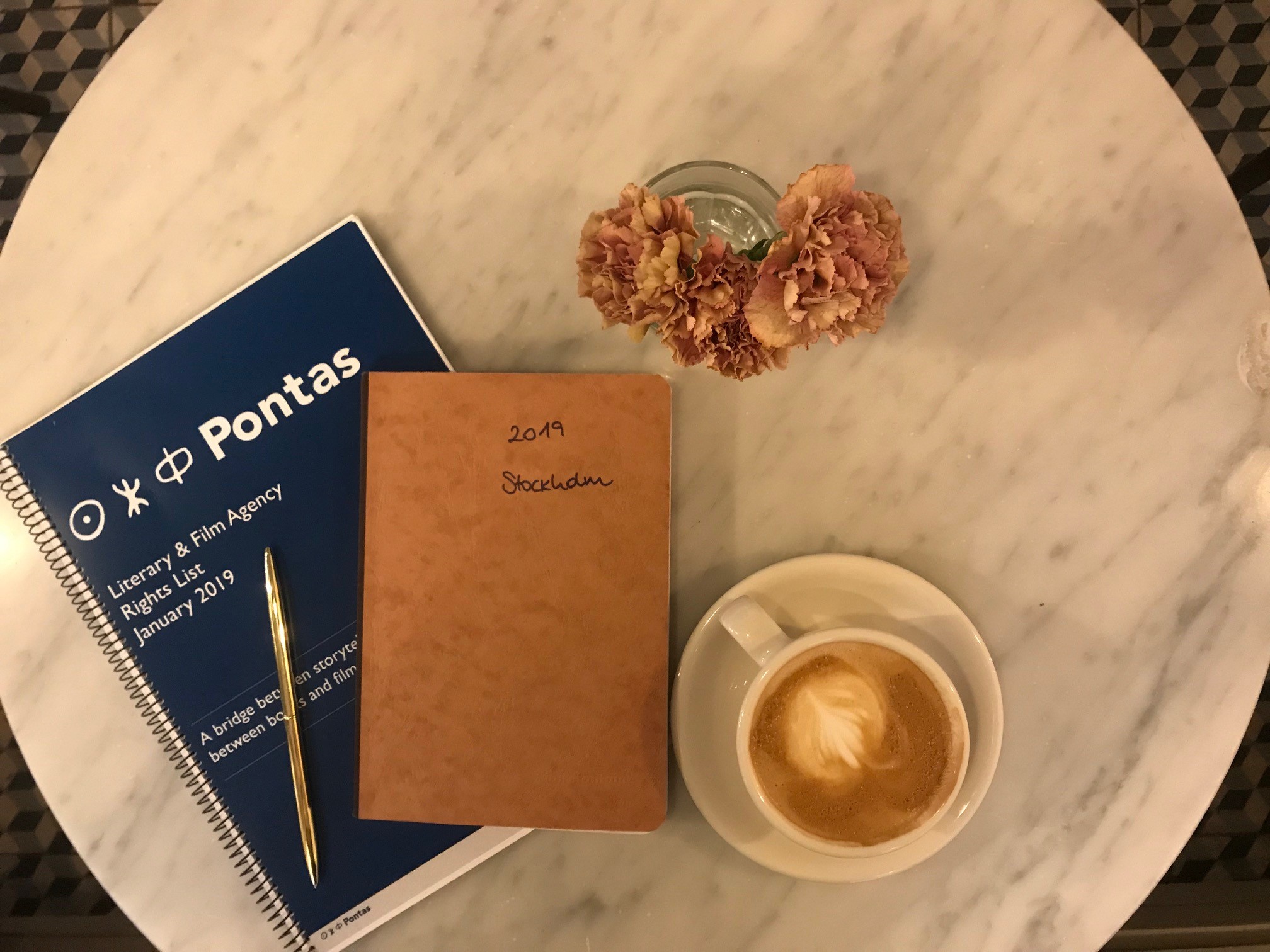 The first trip of the Pontas Agency this 2019 was a visit to Stockholm, Sweden. Two authors represented by the agency live in Stockholm, and we always try to see all our authors, wherever they are based, as often as we possibly can. Maria Cardona was in the city for a couple of days to spend time and catch up with Sara Lövestam and Olivier Truc.

Sara Lövestam's is very well known in Sweden, for her fiction titles, and also for her Young Adult and children's books, together with her books on Swedish grammar. The Kouplan Series are translated into several languages, and the first title, The Truth Behind The Lie, will be published in the US in August 2019 (with St Martin's Press). Another of Sara Lövestam's best novels is Wonderful Feels Like This, also published in several languages including English and pitched as  The Elegance of the Hedgehog meets The Perks of Being a Wallflower. There is a gramophone in the novel, which is also in Sara Lövestam's home, as you can see in the picture below in between Sara and Maria.

Olivier Truc is a French author but has been living in Stockholm for more than twenty-five years. His new novel, Le cartographe des Indes Boréales is out in March, published by Éditions Métailie in the year of the 40th anniversary of the publishing house. A gripping historical mystery novel set in the 17th century in Stockholm, the Basque Country, Portugal and Lapland. Maria enjoyed a lovely dinner at Olivier’s home with his family, learning more about this fantastic novel from Oliver's own words.

A visit to a city is not complete without going to at least one bookshop! In Akademibokhandeln we could spot Federico Axat's thriller Kill The Next One, and some of Sara Lövestam's titles!