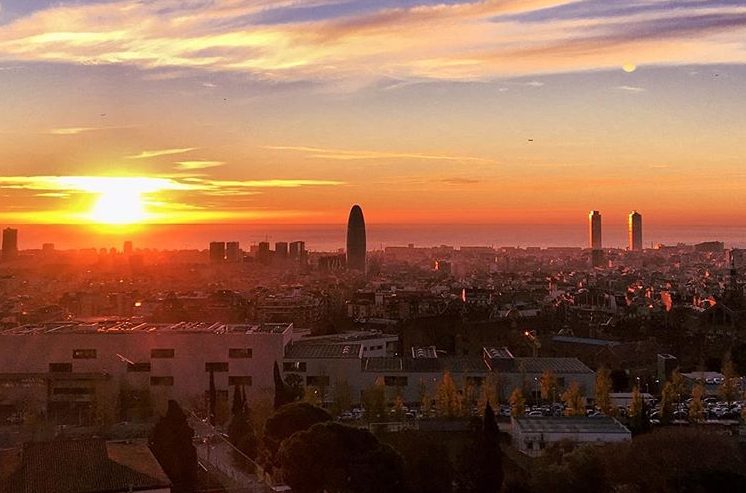 The entire Pontas team wishes a very happy and literary year 2019 to everyone from Barcelona!

2019 has started and books are reaching bookshops and shelves all over again. Two novels have been published the first week of January 2019: Oh My Gods, the YA debut novel by Alexandra Sheppard at Scholastic UK; and Shadows Across America by Guillermo Valcárcel, at Amazon Crossing worldwide (translated from the Spanish by Kit Maude).

The i Paper says: "Oh My Gods is set to create a buzz in the world of young adult fiction in 2019. The adventure follows a 14-year-old girl named Helen Thomas, a half mortal, who moves in with her turbulent family in North London, who only happen to be Greek Gods living disguised. The intelligent, laugh-out-loud book noticeably sets itself apart from other young adult novels in that it’s not solely focused on trauma, despite the protagonist losing her mother at the tender age of 10.

On the other hand, Guillermo Valcárcel's thriller Shadows Across America is out in English for the first time. Amazon Crossing has just released the title in a paperback edition. A man’s search for a missing girl leads him across borders and through a landscape of urban violence in this timely, propulsive, and brilliantly imagined thriller originally published in Spanish in late 2017 with Harper Collins Ibérica.

Daniela Tully's debut novel Hotel on Shadow Lake is coming out in Danish and Italian in mid-January, with great early reviews such as: "A perfect combination of historical fiction, crime and love" -- Sidsesbogreol.

Ayesha Harruna Attah's acclaimed novel The Hundred Wells of Salaga is finally reaching the US and Canada on February 5th, published by Other Press. «On the whole it is a rich and nuanced portrayal… Attah is adept at leading readers across the varied terrain of 19th-century Ghana and handles heavy subjects with aplomb. Two memorable women anchor this pleasingly complicated take on slavery, power, and freedom..» Kirkus Reviews

María Sánchez's debut is out on February 12th, published by Seix Barral, set to be one of the most important debuts from a Spanish female author of 2019. Land of Women. An intimate and personal portrayal of the rural world is a literary memoir based on the author's family stories and reflections on her readings of science and literature. It fills a gap in the current debate on feminism and the situation of rural areas, without forgetting the conflicts that devastate our lands, such as the depopulation and oblivion of peoples, the exploitation of natural resources and poor working conditions.

For further information on any of the titles above, please contact Maria Cardona.