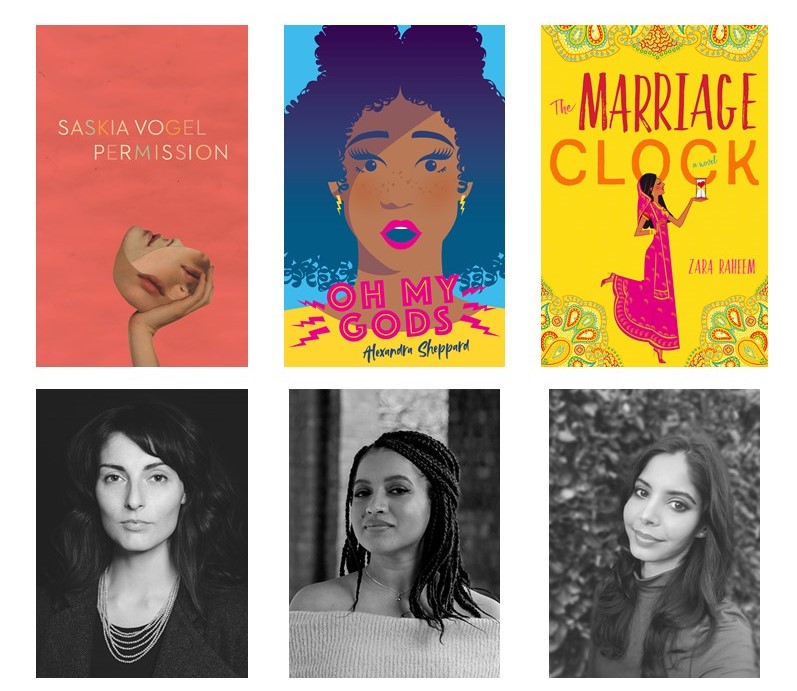 As we reach the end of the year, at the Pontas Agency we're wrapping up another year full of great stories and interesting voices from the five continents, but we are also getting ready for what's to come in 2019!

Three debut authors in English language will see their novels published in the first half of the new year: Alexandra Sheppard, Saskia Vogel and Zara Raheem.

On the 3rd of January 2019, Oh My Gods by Alexandra Sheppard is reaching bookshops in the UK, published by Scholastic. It's set to be one of the most exciting YA debut novels of the year, with a very unique and charming storyline combining Greek mythology with clean-teen themes, and tackling important issues such as mental health, identity, race and feminism.

On March 7th 2019, Saskia Vogel's debut novel Permission is being published in the UK, with Dialogue Books/Little, Brown. In the US and Canada Permission is coming out in May with Coach House Books, and in 2019 the Swedish, Spanish, French and Italian translations will be launched too. A raw, fresh, haunting, emotionally and sexually honest literary debut novel, and one of the most exciting new literary voices in fiction.

And in July 2019, Zara Raheem's debut novel The Marriage Clock is going to be published in North America with William Morrow (HarperCollins). A  fresh, funny, smart debut novel in which a young, Muslim-American woman is given three months to find the right husband or else her traditional Indian parents will find one for her. Italian rights have already been sold.