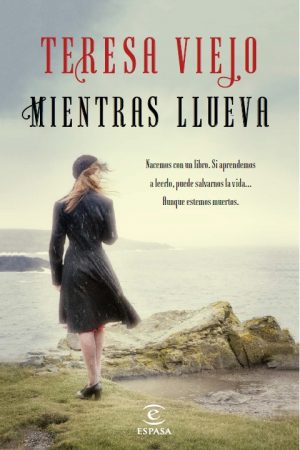 As Long As It Rains

Start again. Invent yourself. Try to wipe off the line that hurts, before realizing, scared, that it hasn’t been drawn with a pen but with indelible ink. Catch a train and quietly mumble to the beat of its clattering:  «get me out».

«Get me out»: this is the sentence that echoes from Alba Gamboa Monteserín’s head to heart, a woman who flees even if nobody is chasing her. She doesn’t know, but in her ancestor’s house, instead of the peace she so much needs, an unavoidable and transcendent revelation awaits.

The rain doesn’t stop. The picture of a young woman with no name. Fake love. The ruins of a mansion consumed by the fire. Alma’s life is a mystery guarded by the pages of a book that only she will be able to understand.