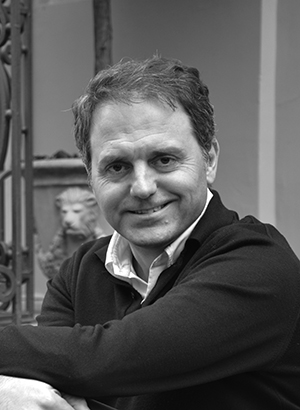 Domingo Villar (Vigo, 1971-2022) was a Spanish crime writer, born and raised in Vigo. He was the author of three acclaimed and bestselling novels which feature his protagonist, Inspector Leo Caldas. All three novels were originally published in Galician before being translated into Spanish by the author himself, and have been translated into many other languages. He received great recognition and many awards for his writing, including the Frey Martín Sarmiento Prize, the Sintagma Prize, and the 21st Brigade and was also a finalist for the Crime Thriller Awards and the Dagger International in the UK, the Le Point du Polar Européen in France and the Swedish Crime Novel Academy Award, The Martin Beck Prize. The Last Ferry is the latest instalment of the Inspector Caldas series.