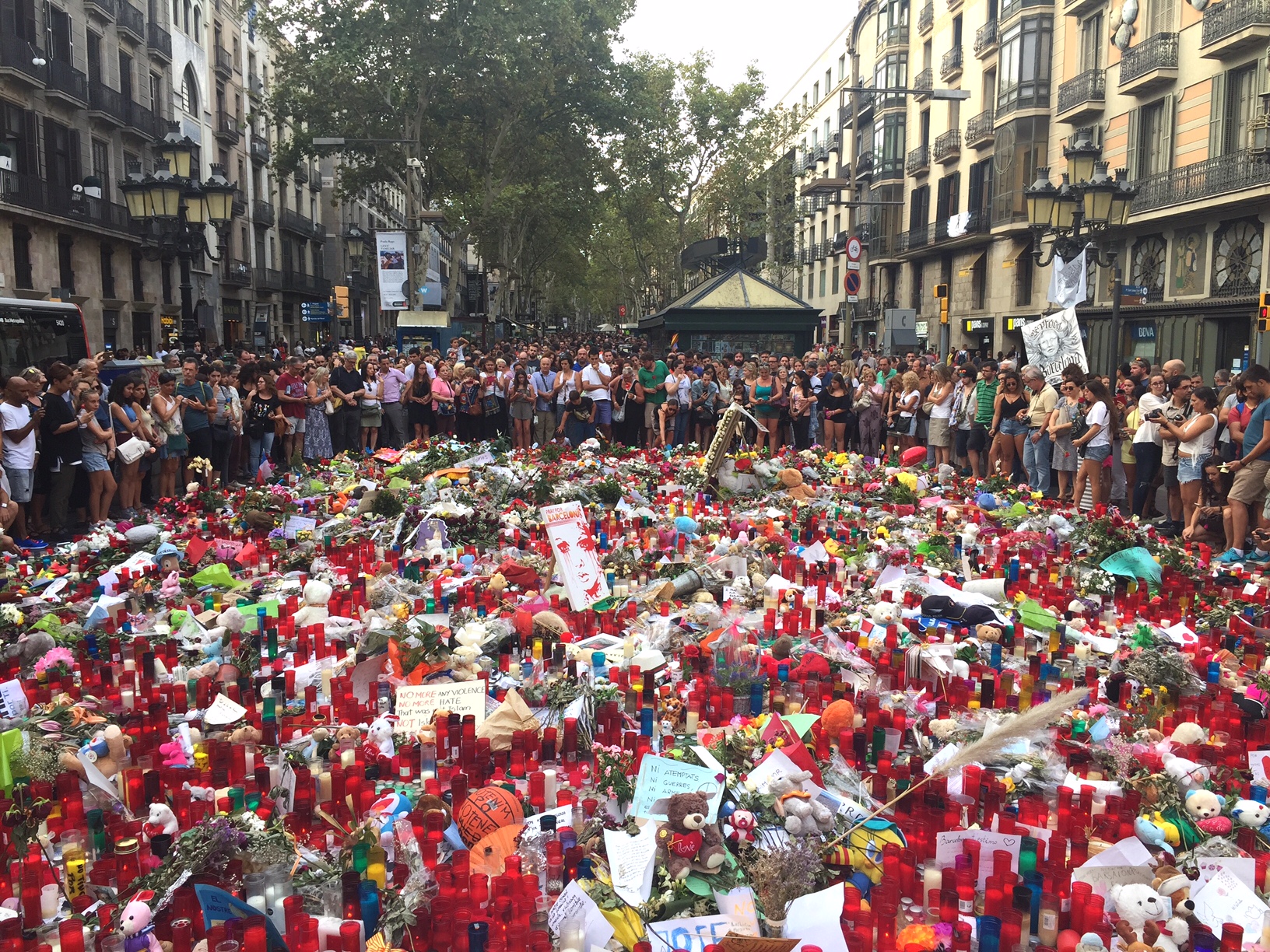 Barcelona is our home, the home of the Pontas team. And “Les Rambles” are a part of our lives. We have all bought flowers, walked up and down to the sea, run to a meeting or just enjoyed it with friends, clients or relatives visiting from abroad.

Since August 17th, 2017, Barcelona is crying. But we won’t be afraid, and we’ll keep strolling up and down Les Rambles, Cambrils and many other places. Terrorists will have our silence of respect to the victims, their friends and families, and to all those who were there at the time; terrorists will also have our strongest feelings of freedom and respect to all cultures and religions. We will live, laugh, travel, and we’ll keep going out, wandering around the streets of Barcelona with no fear.

We want to share with you some photos taken by us with tears in our eyes. And we also want to say thank you to everyone who has sent messages and has been thinking of us.

Ramón Lobo, one of the authors represented by the Pontas Agency, has written several articles these days and here’s one full of interesting links to articles and videos in English too.

“Most of the jihadist attacks in Europe have been committed by European citizens. Proposals to close the borders are futile. It's a let's do something because we do not know what to do. They are useless because the terrorists do not come from outside, they are inside, they have been born here. They are Belgians, French, British, Spanish. They do not travel in small boats nor jump fences, because they enter the airports with their passport, like you and me.

It is hard to handle the idea of ​​the existence of an invisible enemy like the members of the “Ripoll cell” because it multiplies our vulnerability. To manage that feeling, we tend to define it in a race, a religion, a nationality. Hence Islamophobia and racism.

The goal of terror is to terrorize, to generate an indiscriminate panic that deletes the collective capacity to think. Every reaction from the guts represents a victory, because it equals us. It ensures that all, victims and executioners, are together in the same emotional space.

Hence the importance of “No tinc por” (I’m not afraid, in Catalan). Not only is it a statement -we are not afraid- it is a cry that reinforces belonging, it helps us feel that we are not alone. We are part of a community that does not give up, that is ready for resistance.”