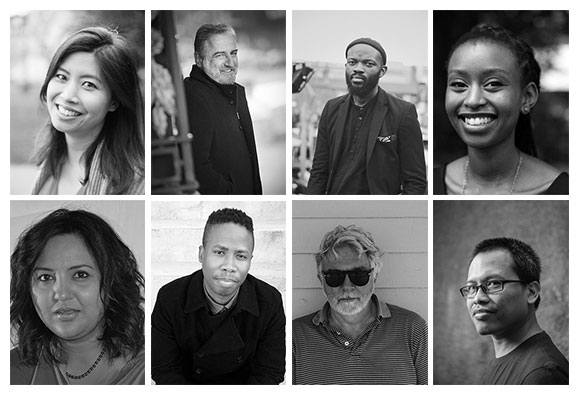 Bookshops in the UK and in the US are currently full of novels by Pontas authors, as many new titles have been recently published in English worldwide!

On June 1st, the powerful debut novel Dark Chapter by Winnie M Li was published in the UK by Legend Press. It's coming out on September 12th in the US with Polis Books and translation rights have been sold to 5 languages already. As reviewed by the Daily Mail: «Brave, raw, strikingly original, it is a story that will resonate for many years.»

Out now and 'the perfect holiday read' is The Last Son's Secret, a huge European bestseller by Catalan author Rafel Nadal, published by Black Swan/Transworld. It was the most translated Catalan novel of the recent years, with more than 15 international publishers worldwide.

Another incredibly timely debut just published is No Place To Call Home by British-Congolese JJ Bola, out with OWN IT! in the UK, and coming out in March 2018 in the US with Arcade/Skyhorse Publishing. A great launch was held in a London rooftop completely packed that sold out both entry tickets and hardback copies! «Bola's No Place to Call Home is both unflinching and kind in its portrayal of the societal constructs that affect our lives, the choices we make, and the choices made for us, as a result of their influence.» Thomas Williams

One of the novel creating a lot of buzz is Kopano Matlwa's Evening Primrose, coming out at the end of July with Sceptre/Hodder & Stoughton, and soon after in the US with Quercus. Already published in South Africa with Jacana with the title Period Pain to great acclaim, the early reviews in the UK are saying: «Evening Primrose’s turns of emotion are virtuosic. The novel dances from satire to slapstick to stabbing pain to tentative hope. Matlwa’s voice is one we need.» Rowan Hisayo Buchanan, award-winning author of Harmless Like You. Rights have been sold to 9 international publishers worldwide.

PEN International New Voices Award winner Masande Nthsanga has also been published in the UK. Jacaranda has just published his debut novel The Reactive has been described as «an eye-opening, ambitious novel that offers a brazen portrait of present-day South Africa» by Publishers Weekly. It has also been published in the US (One Dollar Radio) and in South Africa (Umuzi), Italian rights have been acquired by Pidgin.

Two novels are out now in the US and Canada: The Architecture of Loss by ZP Dala published by Pegasus Books. and The Samurai of Seville by John J Healey published by Arcade/Skyhorse Publishing.

ZP Dala's novel is a story of forgiveness and reconciliation that shines light on the dark underbelly of South Africa’s fight for freedom and democracy. French rights have been acquired by Éditions de l'Aube, and there's a pending offer for the Sub-Indian Continent as well. Christopher Merrill, author of Self-Portrait with Dogwood, said: «ZP Dala's mastery of this code lines every page of this beautifully written and desperately moving novel.»

John J Healey's novel has been sold to 4 languages; and film rights have been optioned already. The review by The Historical Novel Society said: «Using a lean, concise narrative style that manages to be lyrical at times, this story presents an absorbing view of the society of 17th-century Spain through a number of characters’ perspectives, conveying the spirit of the land and the essence of each vivid character enmeshed within a larger web of relationships and interests at stake.»

Eka Kurniawan, Indonesian modern literary genius and award-winning novelist, sees another of his novels being translated into English. After the immense success of Beauty is a Wound, now it's time to enjoy Vengeance is Mine, All Others Pay Cash out with New Directions in the US, Pushkin Press in the UK and Text Publishing in Australia.

For more information about any of these titles, please contact Maria Cardona.