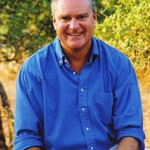 Tim Parfitt, British author of A load of bull (published in the UK and Spain so far), is also the author of a funny script now called Hello, Dalí! Some days ago he attended the International Film Market in Cannes since he is brave enough to be the executive producer of the film we are sure it will be a reality soon! Several US, UK and Spanish producers are finally interested and met with him. This will be an international co-production and from Pontas we are following this up and representing him in all fronts!

And the shooting of the new film by Ventura Pons

is about to start, adapting another novel by Lluís-Anton Baulenas  : Àrea de servei.

These are two Pontas authors that have always been in a bridge between literature and cinema, books and films.