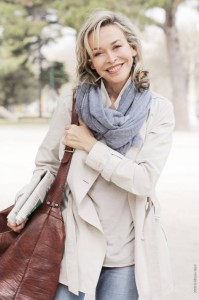 Last May 15th Susana Fortes  won the Premio Fernando Lara de Novela, an important Spanish literary award, for her new novel Waiting for Robert Capa. The media coverage has been impressive, tv programmes  and the press  have devoted lots of space to the novel, that will be published by Editorial Planeta next month. Susana’ s book is a powerful hommage to all journalists and photographers who have risked their lives to inform and to show us what´s going on in the world every day.

Given the conditions of the award, Editorial Planeta will be handling the translation rights. But the Pontas Agency  will be able to sell the film rights, and actually we have already approached producers and there is a strong interest! That´s why:

The novel is based in the love story and professional relationship between a young German woman called Gerta Pohorylle and a young Hongarian man called Endre Friedmann since they met in Paris in 1935 until she died in the Spanish Civil war in 1937. Both communists, jewish, exiled and photographers, they decided to change their names in order to sell better their works and became Gerda Taro (as an hommage to the Japanese Taro Okamoto) and Robert Capa (a mix of Robert Taylor and Frank Capra, so he could seem an American photographer). With these new identities, they arrived to Spain to inform about the Civil War. At first, together. Later on, Taro started to work on her own until her life reached an end abruptly in July 1937.

The idea of the novel started in January 2008, when The New York Times announced the discovery in Mexico of negatives of pictures taken by Robert Capa and Gerda Taro that had been lost for almost 70 years.

This is actually the picture that inspired Susana Fortes to go on with the novel: Gerda Taro sleeping photographied by Robert Capa.

We can’t wait to see this story as Susana Fortes has written it adapted for the big screen!