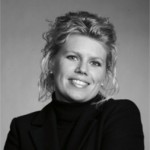 The Pontas team  is working (on behalf of the Nordin Agency) in the sales of more translation rights of Swedish author Ann Rosman, considered in her country the new Camilla Läckberg!!

Italian rights of Swedish author Ann Rosman have been acquired in a pre-empt in a two-book deal by Bompiani, from the RCS Libri group. Bompiani has bought the two first titles of the series: The Lighthousekeeper’s Daughter and The Soul Coffin.

And we are waiting for offers from Spain, France, Portugal and Brazil in the next weeks!

Rights of both novels have already been acquired in Germany (Aufbau), Italy (Bompiani/RCS), Denmark (Bazar), Norway (Bazar) and Finland (Bazar).

The Lighthousekeeper’s Daughter is the first instalment of the Marstrand series with policewoman Karin Adler as the protagonist, who is in charge of solving the mysteries of the Marstrand Island, in the Northern Göteborg in the Swedish west coast. This is an idyllic paradise in summer, with his wooden houses, his castle and his paving stone streets. The archipelago is full of small isles with lighthouses, and even one of them, the Pater Noster, is one of the protagonists of the mystery…

The new tourist- and conference centre on the small island of Hamneskär outside of Marstrand is under construction, and the old lighthouse Pater Noster (from 1868) is being restored in its original location. As two Polish bricklayers begin repairing the inner wall of the lighthouse-keeper’s food cellar, they suddenly receive a horrific surprise when the wall come tumbling in, revealing the remains of a man. Even though the body appears to have been hidden away for some time, it still turns out to be reasonably well preserved. Karin Adler from the Gothenburg police department begins her investigations with not many leads apart from a list of missing persons and a wedding ring. To add to her misery, neither her personal nor professional life seem to be very harmonious. Her relationship is on the verge of breaking down and her dealings with colleague Folke are threatening to erupt into a full-blown conflict, all while the plot concerning the dead man thickens. Who is he and why was he left inside the wall?