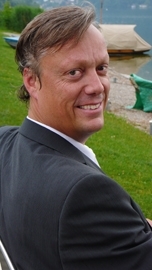 At the beginning of this year 2010, Pontas became the international agency for Swedish author Jonas Jonasson and his first novel: The Centenarian Who Climbed Out Through The Window and Vanished.

When we started working for Jonas Jonasson, the novel was already selling very well in Sweden and had been the third most selling title last Christmas, without any critics or publicity, only by recommendations through the readers and the bookshops.

We truly believed in the story and we are happy to announce that within these past two weeks we have concluded several very good translation rights sales. Auctions are always a nightmare for everyone in the publishing business. But sometimes is the only solution! What do we have to do, we, the agents, when in one same country up to ten different enthousiastic publishers want to buy the rights?

At the moment, translation rights have been sold to:

Submissions have already been sent to USA, UK and Australian publishers and we expect to close a deal by the end of March!

Jonas Jonasson’s novel has an enormous potential for a film adaptation and we have already started approaching film producers... at the same time that we have been also approached by some producers directly! The film would become The Curious Case of Benjamin Button (David Fincher) meeting Forrest Gump (Robert Zemeckis); and La Vita è Bella (Roberto Benigni) and The Adventures of Baron Munchausen (Terry Gilliam) with touches of The Straight Story (David Lynch).

So, what´s the book about? Here you have the synopsis:

Allan is turning 100 years old and escapes through the window at the old people’s home, minutes before the big celebration starts, leaving the Mayor and the media behind! From this moment on we are invited on a road trip through life and memorable adventures and historical moments from the 20th century with Allan as a most special companion and guide. The language is precise and very funny, it contains traces of World History, intelligent satyr, and the feel good level is very high... The main character is a wonderful and down to earth old man with the whole life and century on his back, but at the same time a man who show no fear of death, or crime!, and praise the lasts moments of life in an adventure that he organizes in a sometimes chaotic way, following the destiny and where opportunity takes him.

It is about life and for all ages!