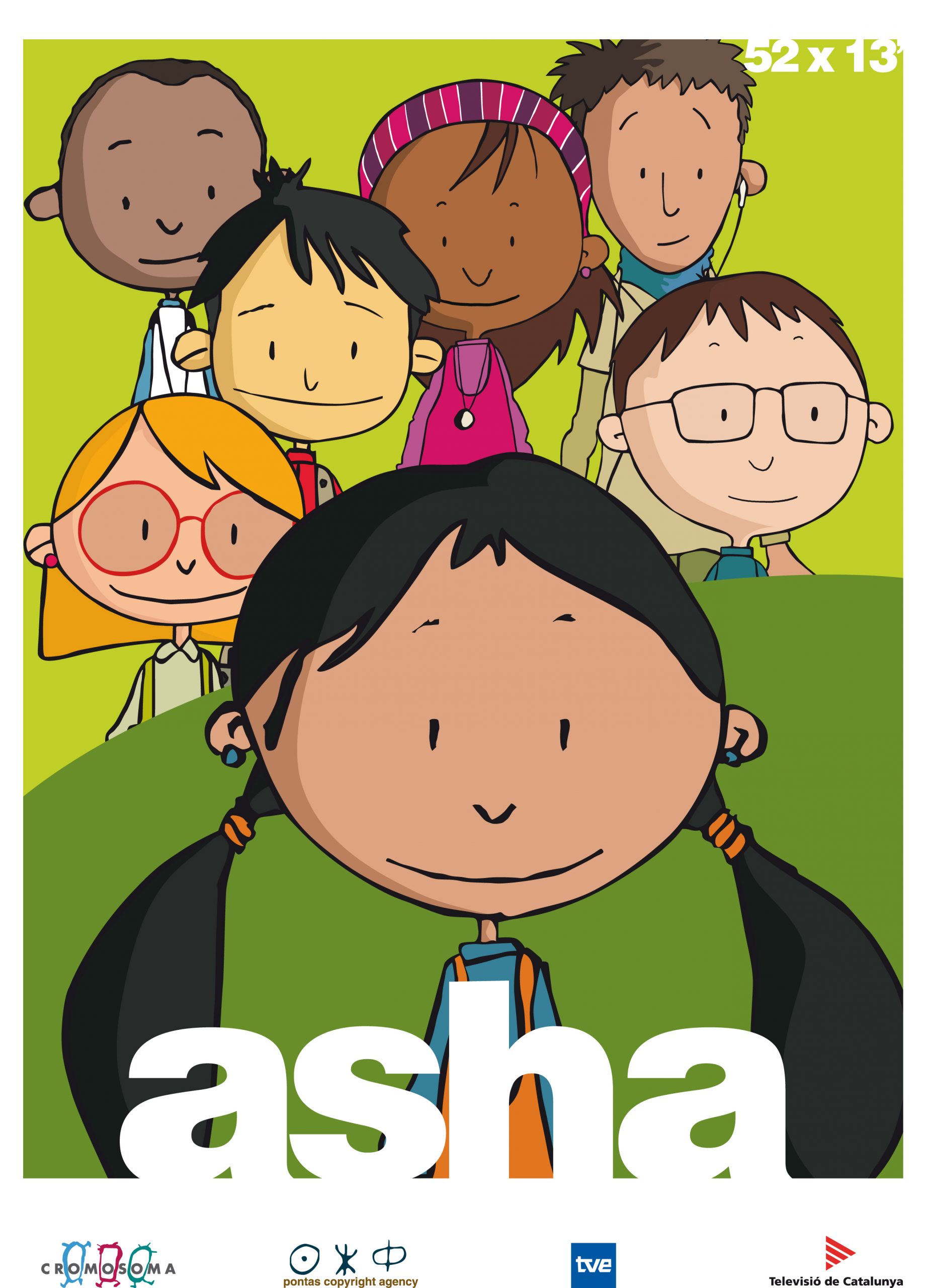 In November 2002, Anna Soler-Pont created the basis for a new TV animation series for children. ThePontas Agency  got involved in the co-production project together with Cromosoma, Televisió de Catalunya-TV3, Televisión Española-TVE and the consultancy services of the Fundació Jaume Bofill and now, more than six years later, we have the pleasure to announce that the 52 episodes of 13 minutes are on the way to be finished and that the series will be launched soon (most probably in September 2009)!!

You can find information about the characters, backgrounds, storylines, plots and see a full episode here(in English, Spanish and Catalan).

What’s the main idea of the series?

Asha and her friends set up a sort of pirate TV than can intercept television signals and those of other digital devices in their multicultural neighbourhood. They disguise their identities when they are on the air, so they become “The Maskateers”. The thrilling adventures of Asha, Roc, Sita, Daniel, Mutala, Clara and Nabil have been carefully built to reflect today’s multicultural Western societies, and to make it simply more fun. Friendship, tolerance and solidarity are the main values that will be found in the 52 episodes!

You can also find some more explanations from part of the co-production team and see some making of images here.