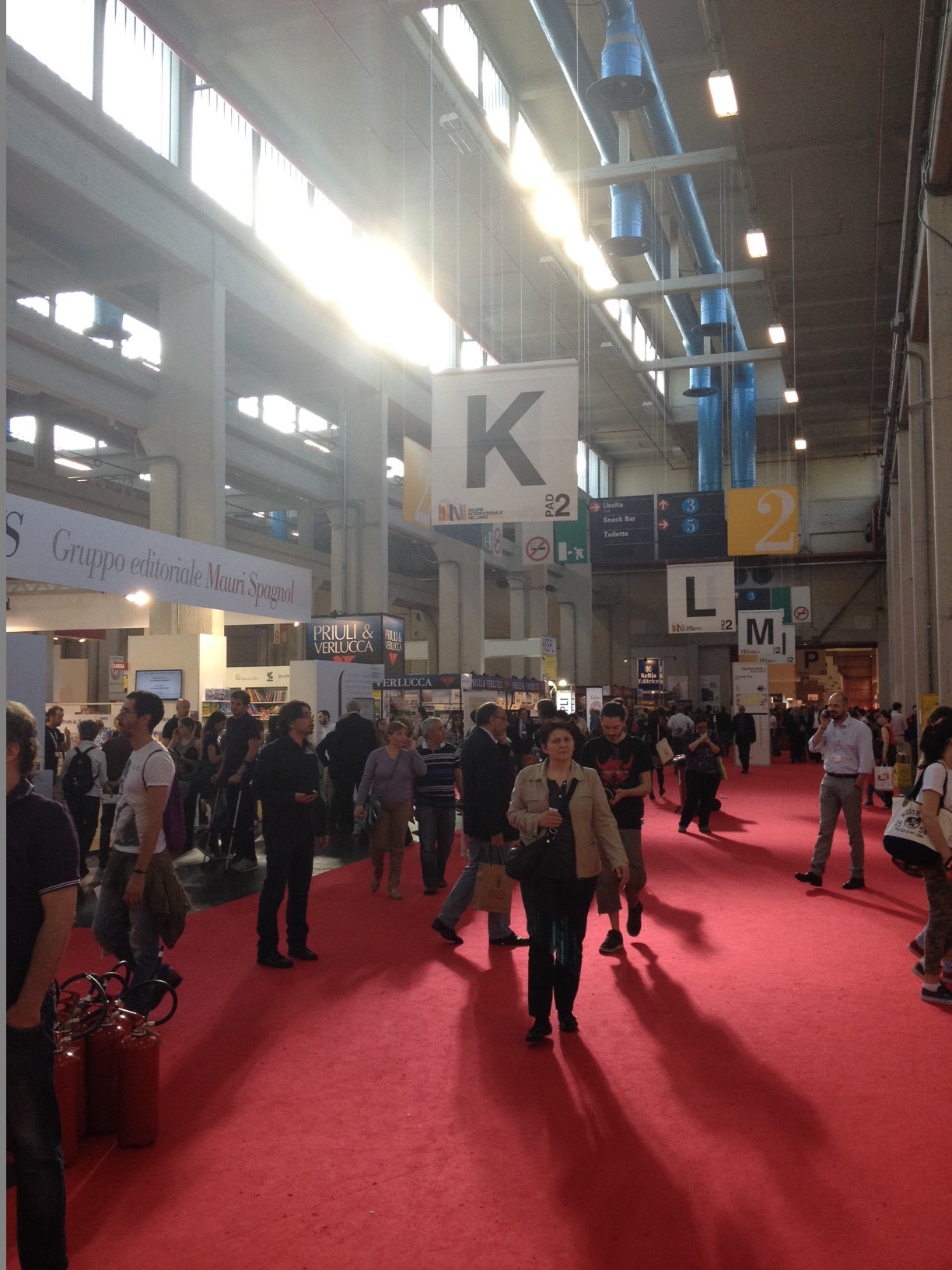 Editors, agents, scouts, booksellers and authors gathered once more at the Salone Internazionale del Libro in Torino, in Italy, a book fair where Pontas Literary & Film Agency has been present for the last four years. In Torino, Marina Penalva Halpin caught up with Italian and international editors and discussed our authors and forthcoming titles in a more familiar and relaxed atmosphere than London or Frankfurt. The proof, in the photos below: the corridors at the fair and agent Kylee Doust (with her daughter) and editor Daniela Petracco from Europa Editions (UK).

Besides attracting a high number of international participants and authors, the Salone is also a good book fair to assess the current situation of the Italian market, one of the biggest in Europe. Marina met with the Italian editors of many of our agency authors: Ricciarda Barbieri and Fabio Muzi, editors at Feltrinelli, who publish Susan Abulhawa, Dolores Redondo and Michelle Cohen Corasanti; Giulia de Biase, editor at Piemme, who publishes Blanca Busquets; Roberto Keller, from Keller Editore, publisher of Pete Fromm; Giulia Mignani, from Mondadori, who acquired Hyeonseo Lee’s memoir, and many others. In the photos below: Marina Penalva and Ricciarda Barbieri (Feltrinelli) during a meeting outside the fair; and Erik Larsson from Natur och Kultur (Sweden) with Giulia Zavagna from the Minimum Fax imprint SUR, dedicated to Latin American authors.

Translator and Pontas collaborator Gioia Guerzoni was also there, as were many German editors who read Italian, such as Maren Arzt (from Carl’s Books, publishers of Christoffer Carlsson) and three representatives from Piper Verlag: Marcel Hartges, Eva-Maria Kaufmann and Julia Eisele. In the photos below: agent Ayser Ali (Lir Agency), editor Sherif Bakr (Al Arabi Publishing, Egypt) and editor Louis Gaudet (Lux Éditeur, Quebec), and the famous writers' and scriptwriters' school Scuola Holden, where the Feltrinelli party was held on the last evening of the book fair.