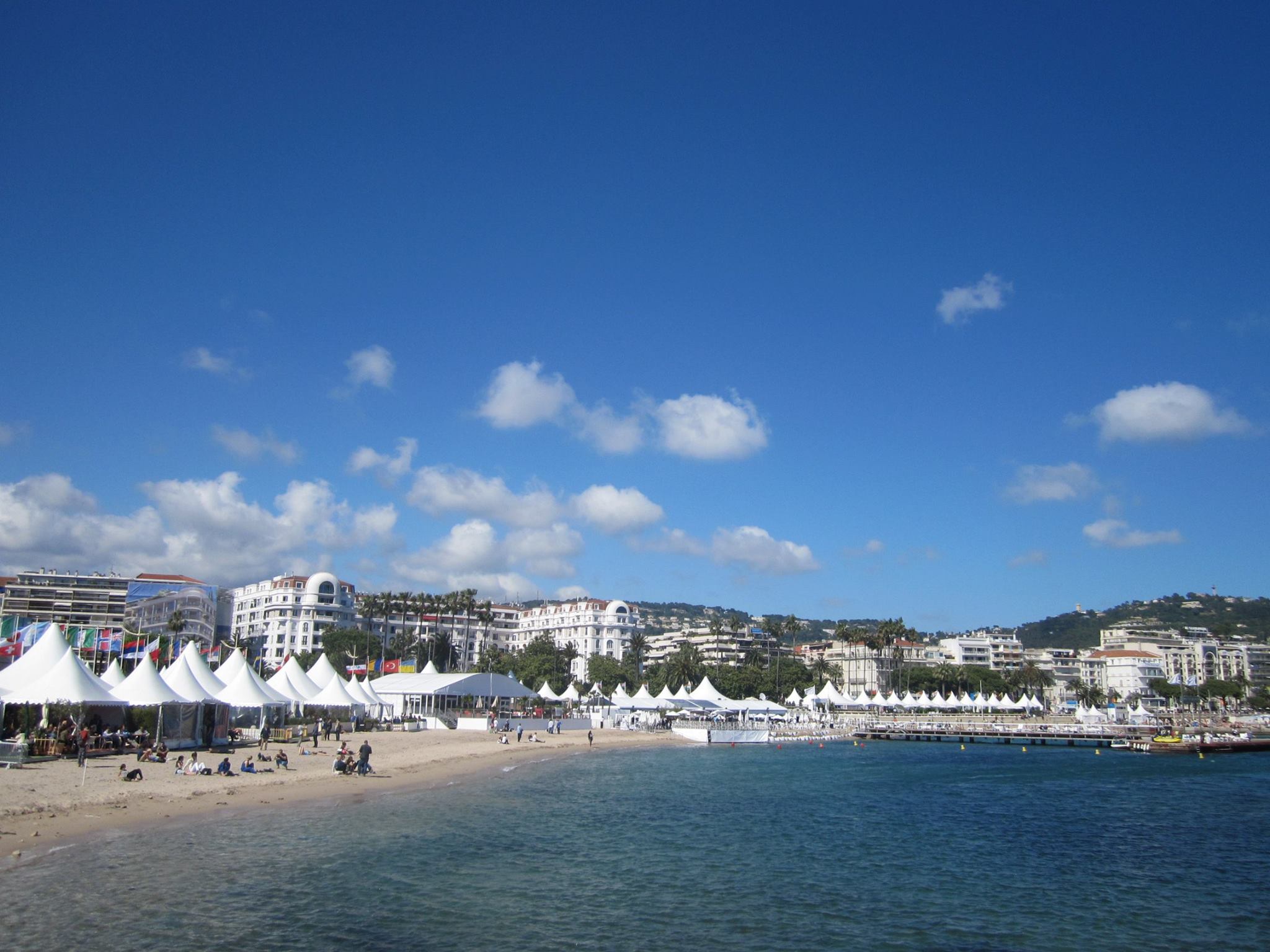 Once again, Pontas was registered at the Cannes Film Festival and Market, the biggest event in the international film industry and a unique opportunity to meet the most varied professionals, from producers to investors, from lawyers to sales agents, from distributors to directors,.. At the most different spots around Cannes: from stands at the Palais or Riviera to the appartments and hotel suites all along La Croisette, from terraces by the beach to terraces at the hotels, yachts, restaurants and cafés, in the sun and under the rain...

This year, however, Anna Soler-Pont attended the Cannes Film Market in a diferent way, since Pontas Films presented its first completed feature film: Traces of Sandalwood, starring Nandita Das and Aina Clotet, directed by Maria Ripoll. The two market screenings were organised by Imagina International Sales, inviting International distribution companies and festivals programmers. This year there were 1,450 films registered at the market and scheduled for similar screenings. So, selling distribution rights is not an easy task!

Among many other meetings, Anna could catch up with French producers Charlotte Vande Vyvre and Émmanuelle Lacaze (in the photo below) from Numéro 4 Production, who are pre-producing the film adaptation of Jason Eric Miller’s novel Decomposition, to be directed by Clément Deneux and shot in Louisiana (United States) hopefully in Spring 2015. Anna also could introduce Palestinian filmmaker Annemarie Jacir to Swedish Producer Gunnar Carlsson (at Anagram) and discuss about the possible film adaptation of Susan Abulhawa’s Mornings in Jenin.

The Frankfurt Book Fair, the most important trade market in the publishing industry, organised a very interesting networking lunch at Cannes’ Grand Hotel garden for around 25 people, gathering together film producers and literary agents (or rights managers from publishing houses). Smiling in the photo below, are British Producer Chris Curling and Gregory Messina (rights director at Place des Éditeurs in Paris).Shoot the Book! was another interesting event to attend to: organised by the SCELF (Société Civile des Éditeurs de Langue Française) and BIEF (Bureau International de l´Édition Française), this event assembled those in charge of film rights in French publishing houses, for the first time in Cannes, in a collective context.

Christoffer Calrsson’s novel The Invisible Man from Salem was acquired recently by Swedish production company StellaNova Film, and Anna could meet with producers Lena Rehnberg and Georgie Mathew(in the photo below). And also to catch up with Peter Nadermann, German producer at NadCon Film, who has acquired the film rights to adapt Dolores Redondo´s “Trilogy of Baztan” .The film adaptation of Jonas Jonasson´s novel The 100-Year-Old Man Who Climbed Out the Window and Disappeared is ready to be released in France (May 28th) and the streets of Cannes were completed covered with the poster.