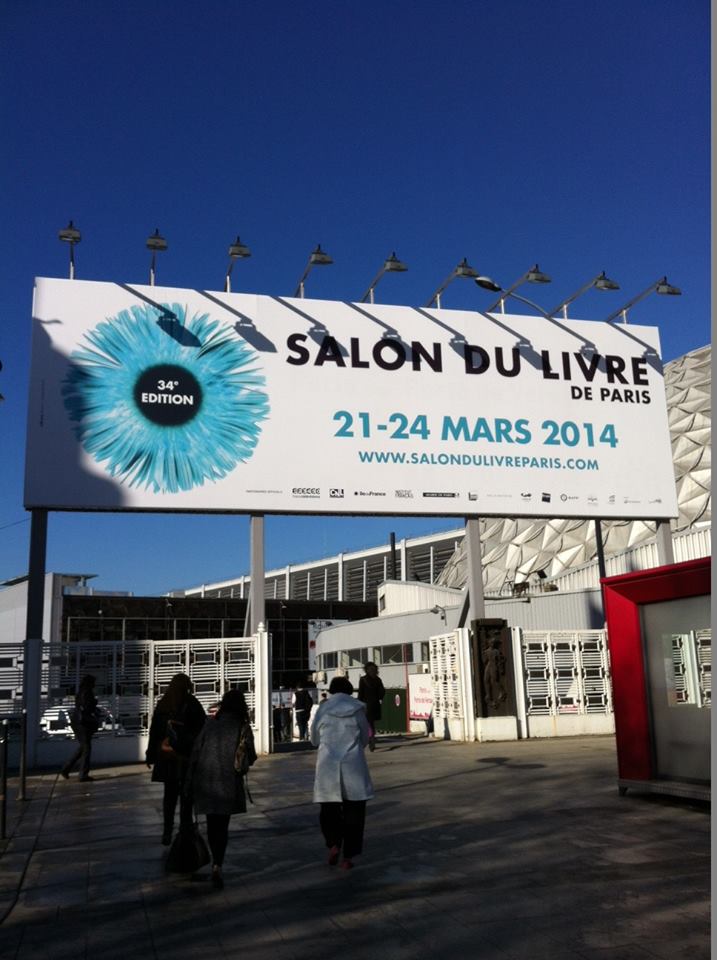 From March 22-24th, Marc de Gouvenain attended the Salon du Livre 2014 in Paris on behalf of the Pontas Literary & Film Agency, being present once again at one of the most important professional and literary gatherings of the French publishing industry.

Marc had the chance to catch up with the publishers of some of the Pontas authors, such as Béatrice Duval (Emmanuelle Urien´s publisher at Denoël), Korean publisher Dongshin Cho, who recently acquiredDolores Redondo´s The Invisible Guardian, or Vera Michalsky from Buchet Chastel (publishing house of the French translation of the recently adapted into a film Traces of Sandalwood ). Anne-Marie Métailie (with Marc in the photo below) was happy to celebrate the acquisition of Le Détroit du Loup, the forthcoming novel by Olivier Truc (whose debut Le dernier lapon has become a bestseller) and of Tram 83 by Congolese author Fiston Mwanza, which they will publish next Autumn. In the most “Pontas style” (building bridges, connecting people…), Marc introduced Laure Leroy (Éditions Zulma) to Christian Robert (from Tahiti-based Éditions Au Vent des Îles), both in the photo below.

Frédérique Polet and Florence Noblet at the stand of Presses de la Cité: really glad to see the new novel by Jonas Jonasson successfully displayed; and Sandrine Thévenet and Sylvie Mouchès at Éditions Liana Levi’s stand (this time Marc had also the opportunity to have a pre-Salon long meeting with them at their offices in Paris).

Marc had a very pleasant discussion with Jean Arcache, CEO at Place des Éditeurs, which includes a total of twelve French publishing houses (among them Belfond and Presses de la Cité) within the Groupe Éditis (now belonging to Spanish Grupo Planeta). And in the last photo, Katel Lefur and Maggie Doyle at Robert Laffont’s stand (and between them, Italian scout Caterina Zaccaroni).