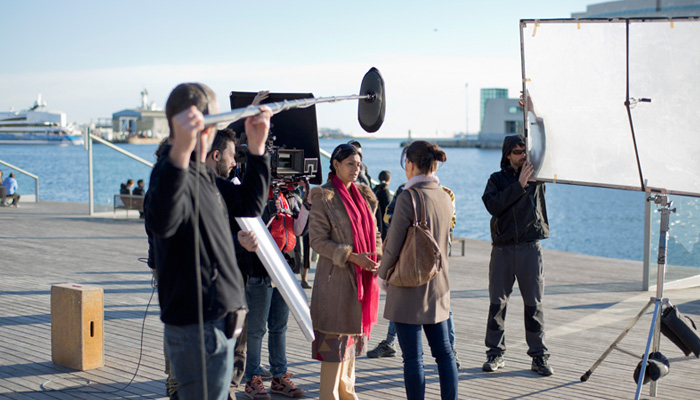 This is an abstract of an article by Daniel Kalder published in Publishing Perspectiveson March 12, 2014.

Since the dawn of cinema, movie producers have been ransacking books for source material. Nothing has changed: today, says Anna Soler-Pont, director of the Barcelona-based Pontas Literary & Film Agency “30% of films are based on books” and the number is increasing. Soler-Pont founded her agency in 1992 at age 24, and today represents a roster of authors from all over the world “as long as someone in the team can read them and work closely with them.” Her career has been marked by close collaboration with movie producers, and she recently established her own film production company, Pontas Films.

“I’ve always been a great cinephile and since the very beginning of my company, back in the early 90s, I was always trying to approach film producers with novels, trying to convince them there was a film inside,” says Pontas. “…the world is driven by images and producers need content and ideas which are inside books.”

It’s not just content and ideas that attract movie producers, however. Says Soler-Pont: “Once a Hollywood studio executive told me that they felt that having a book behind a film was better for a project because “they could always go back to the book if something went wrong” — for instance, if there was a change of scriptwriter, or they had any doubts about a character…”

Soler-Pont actively courts movie producers, seeking them out where they gather, bringing her clients’ books to their attention: “Every year The Pontas Agency attends the main international film markets and festivals-for instance, Berlin, Cannes, Los Angeles. And this is rare: we are among the very few literary agents who regularly attend those events. (…) As to what constitutes film potential, there is no great mystery: “A good plot, strong characters… The genre doesn’t matter: if you read a book and you already see the images, that´s good, adaptable content.”

In all her dealings with movie studios and producers, Soler-Pont says it was a film that was never made that she learned the most from. “In December 2000, the actor Russell Crowe (who had then been nominated for an Oscar for Gladiator) showed interest in the writing of one of our clients, the New Zealand author Alan Duff. We ended up meeting in Los Angeles and signing a contract with Castle Rock/Warner Bros for the rights of a short story Russell Crowe and Alan Duff wrote together and for the screenplay services of Alan Duff. Seeing an actor so passionate about a plot that had to be written first and then taken to the screen, involving a studio at the level he did, was really inspiring.” (…)

Starting her own film production company was an unexpected but “natural” event, says Pontas: “We were always so passionately trying to convince producers to acquire the rights of a novel that at a certain point, we started to do film packaging—looking for a director, approaching scriptwriters, even investing in treatments — until someone told me that was the producers’ job, not the literary agent’s one, and that nobody would pay us for that work done! This and the will to bring some specific stories to the screen made us decide to launch our own production company, Pontas Films. We currently have three film projects in development, one of them, Granados, is the adaptation of John Milton´s The Falling Nightingale, about the last years of Catalan composer Enric Granados, and another is Traces of Sandalwood, directed by Maria Ripoll and with Indian actress Nandita Das (in the photo above, during the shooting in Barcelona in January 2014) .

(…) Soler-Pont however has no intention of bringing all film production in-house. “Pontas Films can´t produce too much, it’s just starting. Since Pontas Agency and Pontas Films are two different companies, of course Pontas Agency will keep in touch constantly with producers from all over the world to sell them literary properties to adapt.” (…)