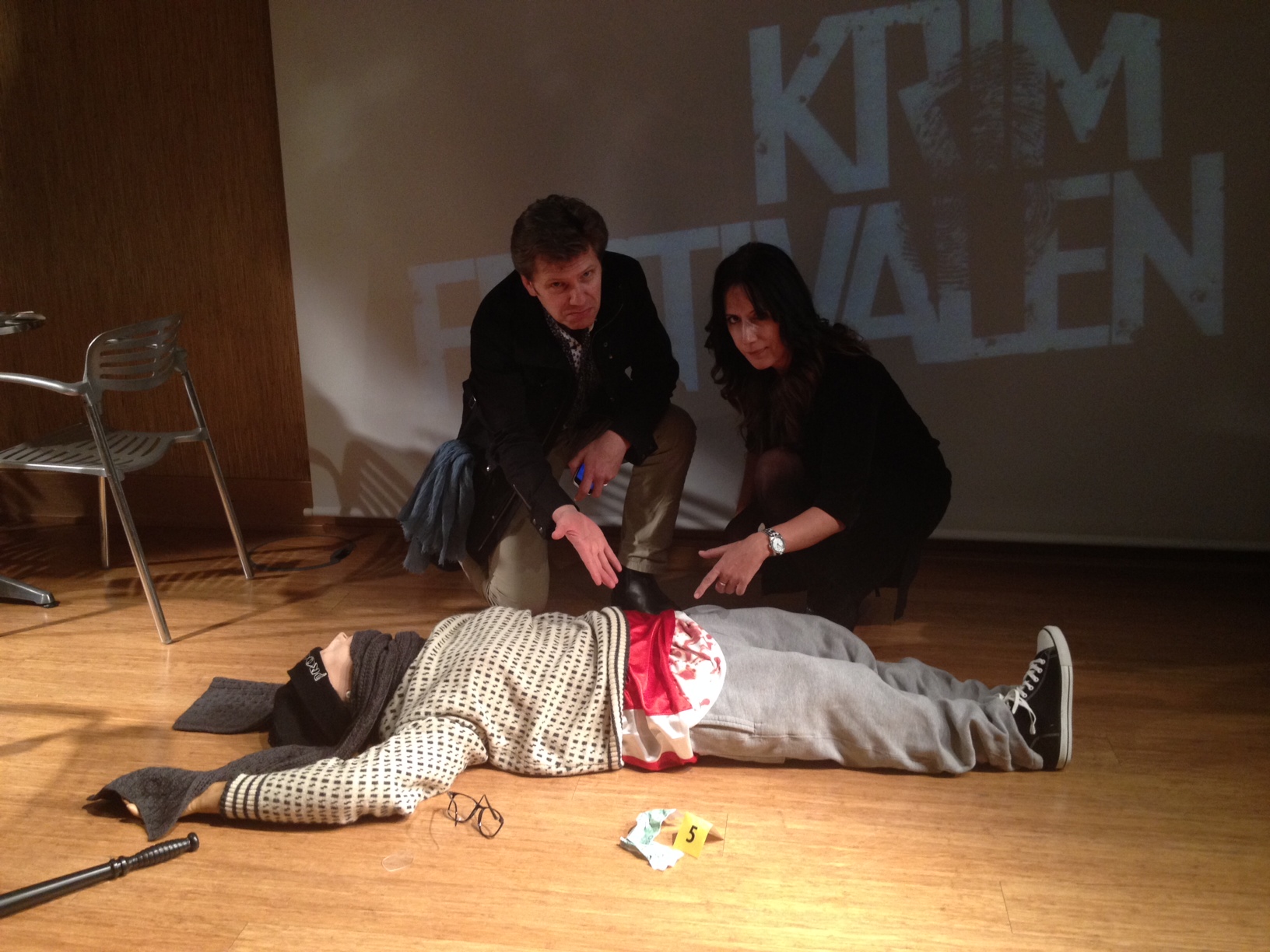 Two Pontas authors were presented for the first time to the Norwegian audience at the Oslo Krimfestivalen last week: Dolores Redondo and Olivier Truc (co-represented with the Hedlund Agency). Dolores and Olivier were invited by their Norwegian publishers Cappelen Damm to participate in different festival events and introduce their respective novels (The Invisible Guardian and Forty Days Without a Shadow) to the press, and discuss similarities and differences between Basque, Sami and Norwegian cultures. Other authors present at the festival included Jo Nesbo, Johan Theorin, Karin Fossum and Margie Orford, among others.

Dolores and Olivier were accompanied by Marina Penalva, who also took the opportunity to meet with editors of other Pontas authors translated into Norwegian, such as Susan Abulhawa (successfully published by Aschehoug), Maite Carranza (to be published by Juritzen) and Blanca Busquets (to be published by Cappelen Damm). Meetings were also had with the Spanish ambassador to Norway and the Spanish tourism office in Oslo in order to work together for the promotion of our authors in the coming months.

Other international guests at the Krimfestivalen included Nina Grabe, who recently acquired German rights to Heart of Jazz by Sara Lövestam, and who was very excited with the forthcoming launch.

The Norwegian market enjoys a high number of translations and for this reason it has always been a top priority for our agency. We hope Olivier and Dolores's debut novels will be very well received and that they can soon return to Oslo to present their second installments. A good example of cultures coming together took place on the last night of the festival, when Dolores Redondo and Norwegian author Torkil Damhaug shared their love for Federico García Lorca in a spontaneous Spanish-Norwegian recital of his famous poemLa casada infiel.